Updated: Apple Freaks Out, Kicks Fortnite Out Of App Store For Dodging Fees

Updated 8/13/2020 @ 3:40pm
Well, that escalated quickly. Apple has gone nuclear, kicking Fortnite out of the App Store after Epic Games decided to circumvent fees with its own payment system. We can't say that we didn't see this coming, but Apple is putting its foot own in a commanding way given that Fortnite is one of the biggest games on the planet. Here's Apple's statement in full on its decision:

Today, Epic Games took the unfortunate step of violating the App Store guidelines that are applied equally to every developer and designed to keep the store safe for our users. As a result their Fortnite app has been removed from the store. Epic enabled a feature in its app which was not reviewed or approved by Apple, and they did so with the express intent of violating the App Store guidelines regarding in-app payments that apply to every developer who sells digital goods or services.

Epic has had apps on the App Store for a decade, and have benefited from the App Store ecosystem - including its tools, testing, and distribution that Apple provides to all developers. Epic agreed to the App Store terms and guidelines freely and we’re glad they’ve built such a successful business on the App Store. The fact that their business interests now lead them to push for a special arrangement does not change the fact that these guidelines create a level playing field for all developers and make the store safe for all users. We will make every effort to work with Epic to resolve these violations so they can return Fortnite to the App Store.

You can read our original, unedited story below: 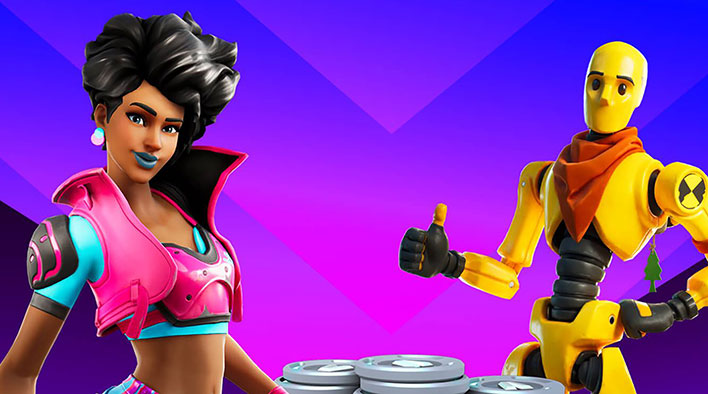 What would you say to a permanent discount on V-Bucks? Epic Games just introduced their new “Fortnite Mega Drop” which features a 20% savings on V-Bucks and real money offers. The new price is available through most platforms, but Epic Games had to get creative to offer the discount to mobile users. Epic Games has also therefore released Epic Direct Payment on Mobile to skirt around Apple and Google’s fees.

Epic Games has permanently discounted the price of V-Bucks and other offers. 1,000 V-Bucks previously cost $9.99 USD with tax, but now will ring in at $7.99 USD with tax. These savings will automatically apply if you purchase anything on the PlayStation 4, Xbox One, Nintendo Switch, PC, Mac, or through the Epic Games app at epicgames.com or the Samsung Galaxy Store.

Other mobile players will need to go through a bit more efforts if they want to take advantage of the new discounted price. Players who purchase items through the Apple App Store or Google Play Store will be asked whether they want to pay through the app stores or through Epic Game’s new Epic Direct Payment. Players who choose Epic Direct Payment will receive 20% off their order, but players who stick with the app store will pay regular price.

Epic Games has frequently tried to bypass Apple and Google’s high fees. Android players originally had to download the software directly from the Fortnite website. Fortnite finally became available through the Google Play Store this past spring. Although Epic Games begrudgingly added the game to the Google Play Store, they are still looking for ways to retain all of their Fortnite revenue. Epic Games is also giving all active players a Shooting Starstaff Pickaxe. The pickaxe is free and players will not need to do anything special to access it. The pickaxe is being offered in celebration of the Fortnite Mega Drop.

There are a few additional important details to note about this new discounted price. Players who purchased V-Bucks or took advantage of other offers between July 14th, 2020 and August 13th, 2020 will be given a V-Bucks bonus by the beginning of next week. This bonus will amount to 20% of the players total purchase during the last 30 days. Support-A-Creator rates will remain the same price and will not be subject to the discount.