iPhone 12 news is starting to heat up, and we've got a healthy dose of information to bring your way today. The latest round of news brings further confirmation of rumors that we've heard over the past few months, along with a cautionary tale for those of you looking to trade-in your current iPhone for a new iPhone 12 or iPhone 12 Pro this fall.

This rumor has stated as pretty much "fact" even before the iPhone 11/iPhone 11 Pro family launched last year. Now, the Nikkei Asian Review is throwing its hat into the ring, further confirming that all models will use an OLED display. With today's current-generation family, only the iPhone 11 Pro and iPhone 11 Pro Max include an OLED panel. The standard iPhone 11 makes do with a 6.1-inch LCD display.

All four models of the iPhone 12 will feature flexible OLED panels, and all will continue to include a noticeable notch, since "Apple was unable to integrate the Face ID module into the display," according to Nikkei. 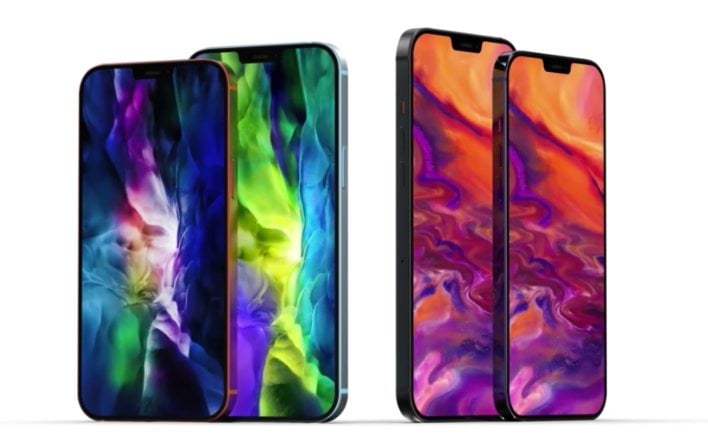 "Apple has no choice but to turn to OLED displays because its competitors have already done that, and of course every Apple shift in technologies will have huge impacts on its suppliers," said TrendForce display analyst Eric Chiou.

Apple to remove both EarPods and wall chargers for iPhone 12

In an effort to help offset the costs of including 5G connectivity across its entire iPhone 12 range, Apple is reportedly dropping both EarPods and the wall charger from the box. Most people probably don't care about the EarPods omission, as they aren't exactly a quality pack-in; and it's likely that people already have a boatload of wall chargers laying around the house or office.

Further confirmation of this change came in the form of a survey that Apple sent to customers last week asking what they do with the chargers included in the box. In addition, a render of an alleged plastic tray insert for the iPhone 12 retail packaging shows no provision for the EarPods or wall charger. Instead, we see a square cutout for documentation and a circular cutout for the wrapped-up USB-C to Lightning cable.

Another added benefit [for Apple] is that the accessory deletions should allow for Apple to make a smaller/thinner box, and that means more iPhones can be shipped in the same amount of space (which should help to reduce its transit costs).

If you're looking to score top dollar [from Apple] for your current iPhone, your window of opportunity is shrinking. Apple has slashed the trade-in value for iPhones ahead of the big iPhone 12 launch. While some older models like the iPhone 6 Plus and iPhone 7 are only seeing cuts of $5 and $10 respectively, newer models like the iPhone XS and iPhone XS Max are seeing drops of $50.

With this new trade-in pricing in place, the iPhone XS will now get you $370 from Apple, while the iPhone XS Max is now worth up to $450. With that being said, your best bet at getting a maximum return on your investment is to try selling the device on eBay or Swappa or a local marketplace like Craigslist or Facebook Marketplace.