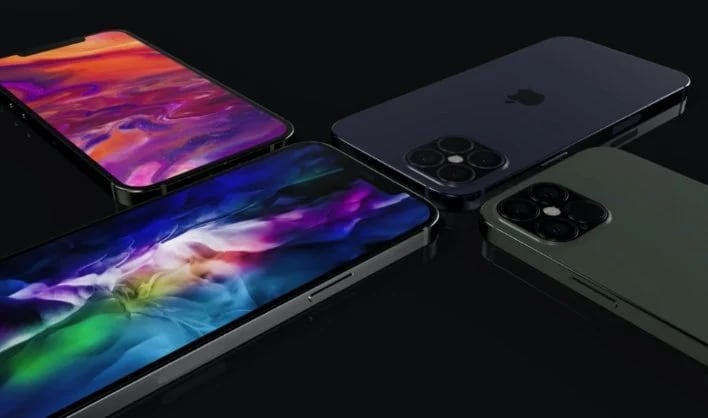 Were just a few weeks away from Apple's big unveil for its iPhone 12/iPhone 12 Pro family, which means that the leaks are starting to come in at a faster pace. In recent days, we're learned that the smallest of the new phones will adopt the iPhone 12 mini branding, which is a first for the iPhone family.

Today, however, we're getting some insight into the available storage capacities for the new smartphones, and it isn't looking good for those that had hoped that Apple would end it stingy ways. Although Jon Prosser has been hit or miss on recent Apple leaks, he's is indicating with confidence that the baseline iPhone 12 mini and iPhone 12 will come with just 64GB of storage standard.

Considering that that iPhone 12 mini will likely cost $649 or greater, a measly 64GB of storage seems like a slap in the face, especially given users' penchant for taking pictures, 4K videos, installing dozens of apps, and using their smartphones as their go-to communications devices. Even Google's lowly Pixel 4a comes with 128GB of storage as standard equipment. Making things worse in the Apple camp is that iPhones don't support microSD expansion, which means that you're stuck once you make your purchase. 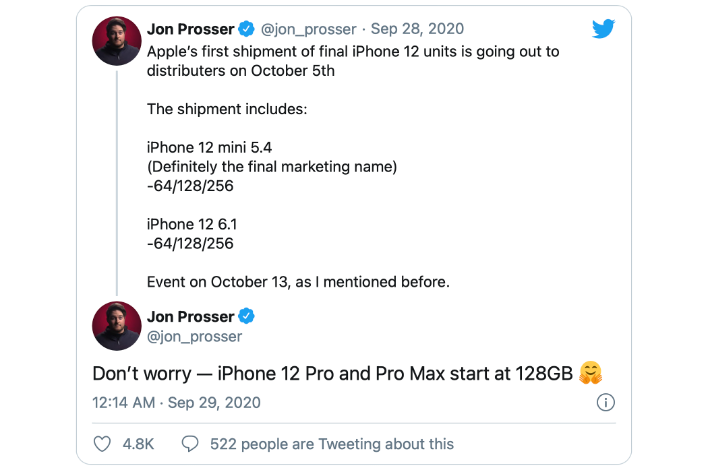 This is one rumor where we hope that Prosser is dead wrong, as Apple has used the 64GB baseline for its iPhones for far too long. With the being said, the leak also alleges that both the iPhone 12 and iPhone 12 mini will be available in 64GB, 128GB and 256GB capacities.

As for the iPhone 12 Pro and iPhone 12 Pro Max, it's rumored that both of those flagship smartphones will come standard with 128GB of storage. We'd expect that the "upgrade" tiers will be 256GB and 512GB, but perhaps Apple could surprise us with a 1TB SKU with an astronomical price tag.

So far, this is how the iPhone 12/iPhone 12 Pro family is shaping up prior to an official announcement:

Tell us what you think about Apple's storage strategy for its iPhones. Is Apple severely behind the times with the continued release of 64GB iPhone models, or is this much ado about nothing?