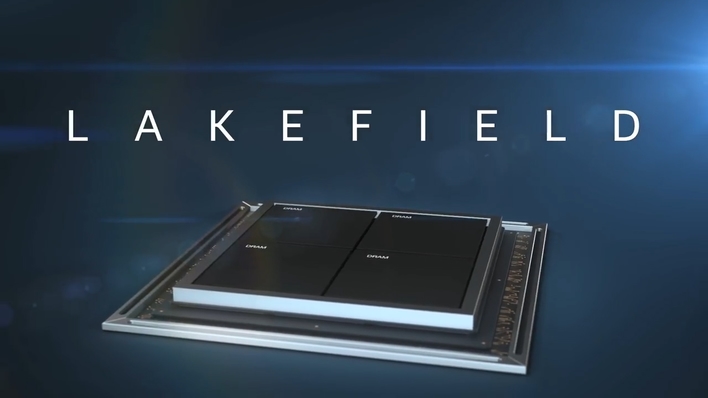 Tech sleuth TUM_APISAK located a UserBenchmark score from a previously unseen Core i5-L16G7. The "L" designation seemingly references its Lakefield roots, and it is a strange chip indeed. According to UserBenchmark, Core i5-L16G7 has a total of 5 cores with HyperThreading disabled, which means that it can execute 5 threads.

In this case, the Core i5-L16G7 has a single high-powered Sunny Cove core that is joined by four lower-power Tremont cores. In a way, this somewhat similar to ARM's big.LITTLE arrangement that we see in modern Exynos and Snapdragon SoCs.

The chip is pegged as having a 1.4GHz base clock and a turbo frequency of 1.75GHz. If previous reports are accurate, Lakefield CPUs will also include Gen11 graphics (sorry for those of you expecting Gen12 Xe graphics).

The Core i5-L16G7 was found nestled within a device labeled Samsung 767XCL. If we had to take a guess, we'd imagine that this is the upcoming Galaxy Book S that Samsung announced back in late October. At the time, Samsung said that the device would use a Lakefield processor.

At the time, Samsung didn't give a specific launch date for the device, but it did say that it would be the first Lakefield-powered product on the market. However, following the new Galaxy Book S' debut, it will be followed by Microsoft’s intriguing Surface Neo using the same processing platform.