Intel's high-performance Arc family of graphics architectures resemble an adventuring party from tabletop role-playing lore or a classic turn-based computer RPG. The Intel Arc Alchemist, Battlemage, Celestial, and Druid delegation set off across a barren wasteland where GPUs are scarce to take on the mighty Dragon NVIDIA and nimble Red Mage AMD. We've seen their faces before, but today we've managed to obtain exclusive high-resolution artist renderings for the Alchemist, Intel's first gaming GPU architecture that the company plans to introduce products with in early 2022, and we can finally share them with you now. The image above is just a crop, but we're also able to share a couple of high-resolution wallpapers here, too.

Alchemists rely on their intuition and knowledge of potions and metallurgy to craft powerful enhancers from simple elements, herbs and other crafting materials, and play a support role in just about every game in which they're found. The fifth edition of Dungeons & Dragons lets alchemist create elixirs and magic bags that can hold far more than they seem. In Final Fantasy XIV, the alchemist creates consumable potions for the party and crafts wands for magic users. Alchemists are typically reclusive loners who tinker away in their homes and laboratories endlessly.


In case you missed it, last night on Two and a Half Geeks, two of Intel's own Alchemists joined our merry band: Senior Director of Graphics Product Marketing, Martyn Stroeve and Senior Manager Graphics Tech Analysis, Scott Wasson. Stroeve did confirm for us that Battlemage, Celestial, and Druid represent future GPU architectures, while the present is powered by Alchemist. The Intel execs also gave us some insight into XeSS, the super-sampling technique that Xe graphics cards will ship with at release. Be sure to check out the full livestream to get the latest on everything ARC and Xe.

In terms of Intel's series of high-performance GPU architectures, the Alchemist is the first member of the family. These GPUs will bear the name Xe HPG, and Battlemage will follow sometime after that with the name Xe2 HPG. Celestial and Druid will follow sometime after that. The Alchemist family of graphics cards have been rumored to be powerful right out of the gate with overclocking support in tow, challenging upper-tier cards like NVIDIA's GeForce RTX 3070 Ti and AMD's Radeon RX 6800 XT. We'll find out sometime in early 2022 if that's the case and if these cards live up to the Alchemist moniker.

Finally, we can share some high-resolution wallpaper featuring the full Alchemist concept art. If you want to adorn your desktop with the Alchemist, just hit the link and download our Ultra HD 3840 x 2160 wallpapers by clicking the links below each image. 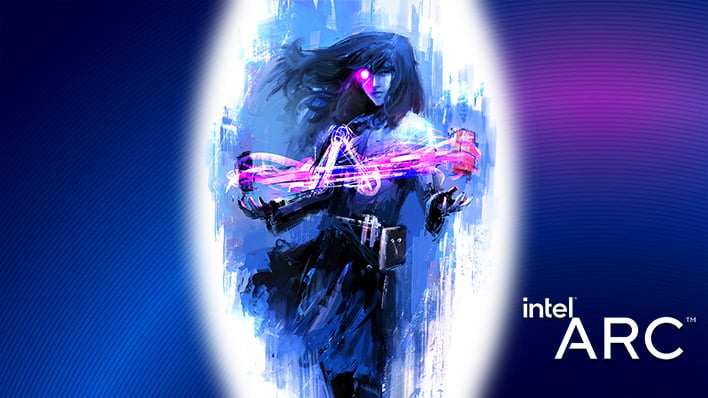 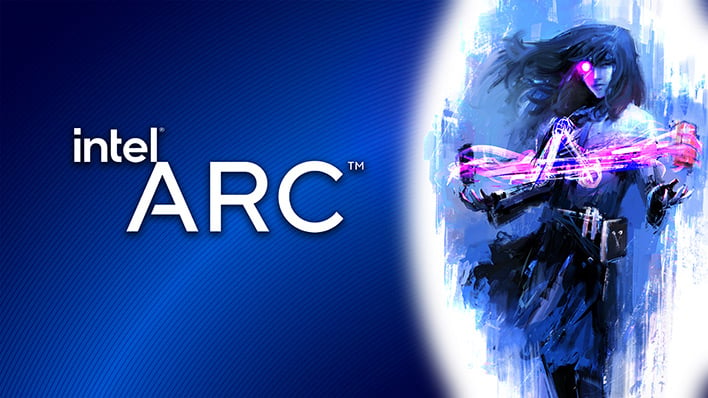 
Stick with here at HotHardware, as we learn more about Intel's new Arc graphics line-up in the days and weeks ahead. In the meantime, we hope you enjoy these visual. Side note: sites picking up this story, please give credit where it's due as these custom wallpapers were pulled together by Marco our Managing Editor. Thanks.