Intel is going all-in with discrete graphics, which was made abundantly clear last week with the announcement of its Arc family of gaming cards. Built on Intel’s Xe-HPG architecture, the first graphics cards to hit the market in Q1 2022 will come from the Alchemist family.

Roger Chandler, who serves as Intel VP and GM for Client Graphics Products and Solutions, recently took to Medium to extoll the virtues of Arc and what it will mean to gamers. One new tidbit of information that he mentioned is that Intel will provide integrated support for overclocking to “push the hardware to the limit.”

The overclocking interface will be baked right into the driver UI. This is something that we’ve simply come to expect from AMD and NVIDIA graphics cards in this space, and Intel would be remiss if it didn’t jump on the bandwagon. Chandler also mentioned that powerful new encoding hardware would automatically enable a virtual camera with AI-assist to record your epic feats in-game. 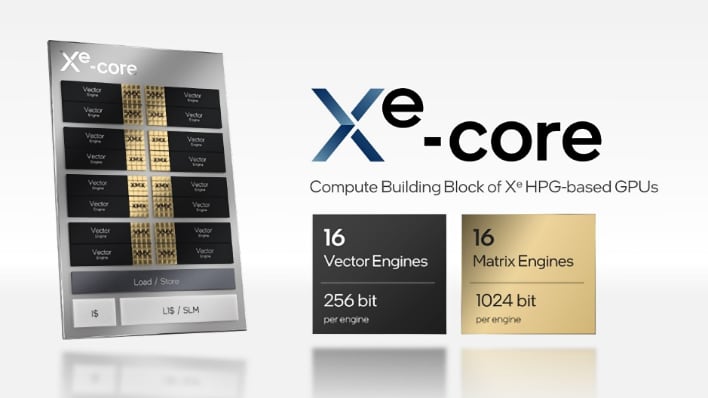 Other items touched on including the fact that Alchemist-based Arc cards are manufactured using a TSMC’s 6nm process node (N6), which Intel claims offers a generational uplift of 50 percent in performance-per-watt. And as we’ve previously mentioned, Arc brings modern graphics technologies to the table to put it on part with AMD/NVIDIA thanks to real-time ray tracing and mesh shading support.

Intel has big plans for its scalable graphics architecture, as Battlemage, Celestial, and Druid will follow first-generation Alchemist Arc gaming cards. AMD and NVIDIA should watch the situation with a close eye as their duopoly in the discrete graphics card market could face the first serious competition in over a decade. We’ll also be eager to see which board partners will join forces with Intel. ASUS and Palit were onboard with Intel’s discrete DG1 graphics card, but the list could be much larger for more performant Arc gaming cards.