3DMark is the never ending spigot of leaks, and more recently, we have seen a bunch of them pertaining to Intel's upcoming Tiger Lake-U series. That is what we have again here today. The latest leak is said to highlight an unspecified Tiger Lake-U processor with onboard Gen2 "Xe" graphics, in the Fire Strike benchmark.
Tiger Lake-U is will be labeled as 11th generation Intel Core processors, and will succeed the company's 10th generation Ice Lake-U stack. They will be manufactured on an enhanced 10-nanometer node. As designated by the "U," these chips will find their way into low power laptops, and perhaps some mini PCs as well.
The latest leak comes by way of @_rogame (no surprise there). Here's a look... 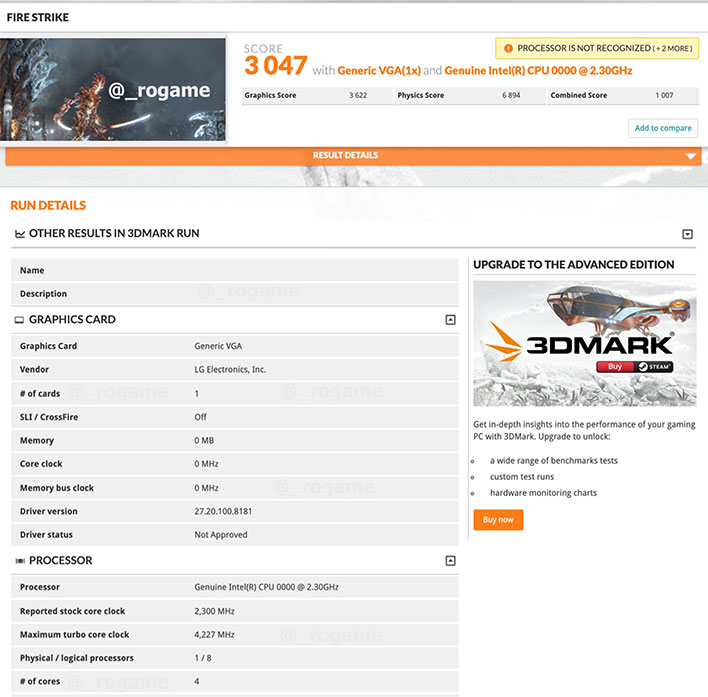 This is a 4-core/8-thread Tiger Lake-U processor. According to the leaker, "this might be our first look at 80EU Gen12 graphics performance."
If you haven't been following the latest developments from Intel (both from within and in the leaks/rumors scene), Tiger Lake-U will feature integrated graphics based on the same Xe architecture that will power Intel's first discrete GPUs of the modern era. These are also labeled as Gen12.
What we might be looking at here is a version with 80 execution units (EUs). The leaker says to "disregard the Physics score for now" because it's "very low." For comparison, AMD's Ryzen 5 4500 scores above 10,000 in the Physics test, and its Ryzen 7 4700U gets above the 13,000 mark.
As for the Graphics score, it lands at 3,622 in this leak. Here's how that compares to our own benchmark runs... 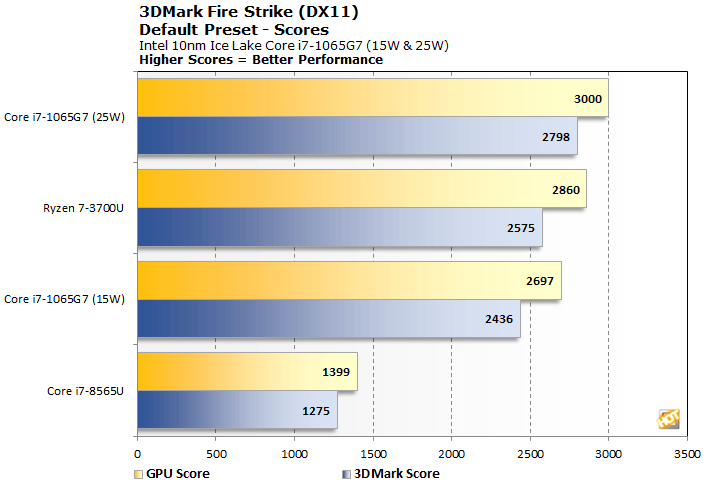 This is all related to an earlier leak that we wrote about last week, based on "exclusive benchmark results" obtained by Notebookcheck. Those results showed Tiger Lake in good position to replace Ice Lake with much better graphics performance. But as always, we'll have to see how the actual finalized hardware shakes out, with our own hands-on testing.