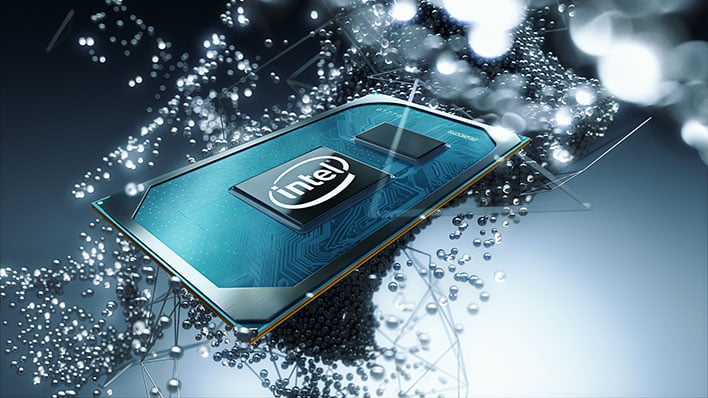 Intel is planning to release its Tiger Lake CPUs in a few months, and there is nothing Carol (*bleeping*) Baskin can do about it. How do we know this? Intel CEO Bob Swan confirmed the launch time frame during a conference call with investors, in relation to the chip maker's first quarter financial results that were posted yesterday. Swan also suggested this will not be a paper launch, but accompanied by dozens of laptop models.
"In the middle of this year, we’ll debut our next-generation mobile processor, Tiger Lake. Using our second-generation 10-nanometer process, Tiger Lake will deliver breakthrough performance, and our customers have more than 50 fantastic Tiger Lake-based notebook designs lined up for the holiday season," Swan said.
This will be followed by initial production shipments of Intel's first 10nm Xeon Scalable processors based on Ice Lake.
Tiger Lake is the second iteration of Intel's 10nm node, the first being Ice Lake (let us never speak of Cannon Lake again). It also represents a shift from Intel's Sunny Cove architecture with Gen11 graphics, to Willow Cove with Intel's Gen12 Xe graphics on board. In other words, Tiger Lake is a bit of an exciting product all around, or at least a promising one.
It is also an important launch as Intel finds itself in a dog fight with rival AMD and its 7nm CPUs. Some of the leaked benchmarks surrounding Tiger Lake have looked promising, though obviously we can't put a ton of stock into unofficial benchmark runs.
Intel seems confident Tiger Lake will be a hit. Later on during the conference call, Swan addressed a question about volume, because as we saw with Cannon Lake (oops—now let's never speak of this again), 10nm chips have not exactly flooded the market. To that point, Swan noted there is "very strong demand for Tiger Lake."
"When you look at the impact that Tiger Lake reserves are having on the quarter, it's about the same level of impact that we had on Ice Lake in Q1 of 2019. And yet we have about double the number of units being reserved. I think it gives you an indication of just how much our performance was improving on 10-nanometer," Swan said.
We'll know more in the coming months, as the middle of 2020 presumably means Tiger Lake laptops will show up this summer. In the meantime, Intel continues to put up strong numbers—it generated $19.8 billion in revenue during the first quarter, up 23 percent year-over-year. That includes a 34 percent gain in data center revenue, and 14 percent jump in PC-centric revenue.