It's not likely a coincidence that we're seeing a bevy of 13th Gen Raptor Lake benchmark leaks all of a sudden. This typically happens when a launch is imminent. Officially, we still don't know when Intel will formally introduce Raptor Lake or when the next-gen chips will release to retail. But unofficially, they could be bound for store shelves in mid-October.
What Intel has announced is that this year's two-day Innovation event will run September 27-28, 2022. We surmised that it could end up being the launching ground for Raptor Lake, considering that Alder Lake made its formal debut at last year's event. It's at least plausible, if not very likely.
While we're not working with any inside information, leaker ECSM_Official posted to the Bilibili forum that Intel will indeed announce its initial Raptor Lake desktop processor lineup on the second day of the Innovation event, as well as its next-gen Z790 platform.
That's when we'll get concrete information about whatever SKUs Intel decides to launch, including core counts, clock speeds, and other details, if the leaker's information is accurate. Interestingly, they also claim that review embargoes will lift on September 28 as well.
Following the launch and lift on review embargoes, the leaker claims the initial run of Raptor Lake CPUs and Z790 motherboards will release to retail on October 17. So that date represents actual availability which, again, is predicated on the leaker's information being accurate. The leaker also says that non-K CPU models will launch on CES in January, along with H770 and B760 motherboards.
None of this info sounds far-fetched, but then again, you never know when it comes to leaks and rumors. All we know for sure is that Intel will release Raptor Lake before the end of the year, because it's already gone on record saying so. 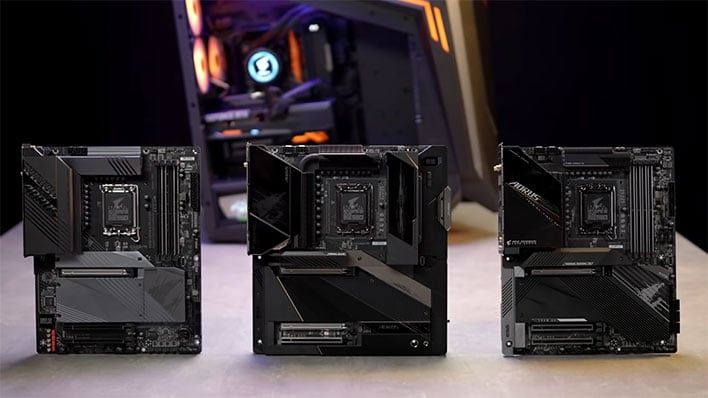 In the meantime, motherboard makers have been busy updating BIOSes on existing 600 series motherboards to support Raptor Lake. The 700 series will undoubtedly introduce some new and expanded features to the fold, but those who already have an Alder Lake foundation will not necessarily need a new motherboard if they want to upgrade their CPU.