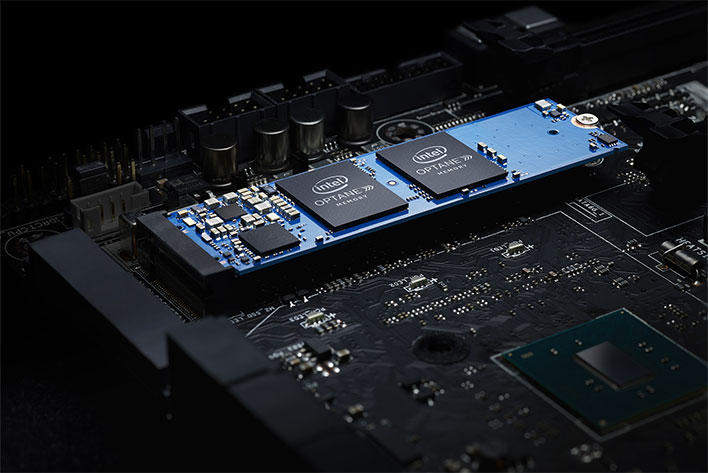 We have some good news for Intel Optane Memory owners who have run into issues after applying the May 2020 Update for Windows 10. There is a fix for the error messages affected users have been seeing. There are several steps involved, as the fix does not come in the form of a subsequent software update, but nothing too crazy.
This relates a "memory pinning" error message users reported seeing after applying the May 2020 Update. On affected machines, an error message would randomly appear and alert the user that the system was unable to load a DLL related to the Optane Memory module, and even more worrisome, it said "the specified module could not be found.
Here's what it looks like...

This was not among the known issues Microsoft highlighted when it first made available the May 2020 Update, though this was brought up as a problem during testing within the Windows Insider program before it was released to the public.
So, what exactly is going on? Intel addressed the situation in a support document.
"During a major OS update, all devices are reinstalled with the best matching drivers. With the 17.5.0.1017 RST driver, the way the Intel Optane memory pinning components are installed was modified. If at some point the driver was upgraded from a version earlier than 17.5.0.1017 to a newer one, the OS update may try to reapply the removed installation files from the earlier versions. Due to a compatibility issue, an error message may occur," Intel explains.
Due to these types of situations, we do not recommend forcing an update using Microsoft Windows Media Creation Tool. Instead, it is better to wait for Microsoft and its hardware partners to work the kinks out, and apply the feature update only when Windows Update says it is available. If it is already too later, however, there is a fix for this specific issue.

According to Intel, this can be resolved through a series of steps, starting with refreshing the current driver package through a repair routine. Here's how...
Once you have done that, there is a second series of steps to follow. Here they are...
This should resolve the issue completely. if you give this a go, let us know how it went in the comments section below.