Early yesterday morning at CES, Intel gave us a sneak peek at its upcoming Comet Lake-H mobile processors, which will boast up to 8 cores/16 threads and hit boost clocks of 5GHz+. But Intel saved perhaps the most interesting (and important) processor news for last night, when it gave a demo of working Tiger Lake silicon on stage during its keynote address.

Tiger Lake is the successor to Ice Lake, and is built on a refinement of Intel's 10nm microarchitecture (10nm+). Intel hasn't given any specific timetables for the launch of Tiger Lake, but previous roadmaps have indicated that it will launch during 2020, and slides from last night's presentation stated that is "coming soon". 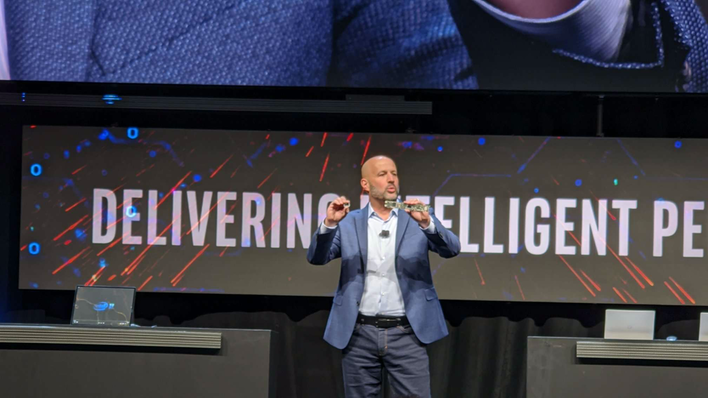 With that being said, Intel's Greg Bryant declared that Tiger Lake will offer a "double-digit" performance uplift over its predecessors, which is something that we were previously used to seeing with the company's tick-tock cadence (which of course stalled out with 14nm). In addition, the onboard Xe graphics engines will offer a "huge leap" in performance over the already potent GPU in Ice Lake.

In the short video embedded above, you can see a Destiny 2 demo running on a thin-and-light Tiger Lake notebook paired with a discrete Xe-based DG1 GPU. This is the first announced discrete Xe solution that Intel has announced. There's not much you can tell from a demo like this (there aren't any FPS numbers presented), but the graphics at least seemed to be smooth throughout. 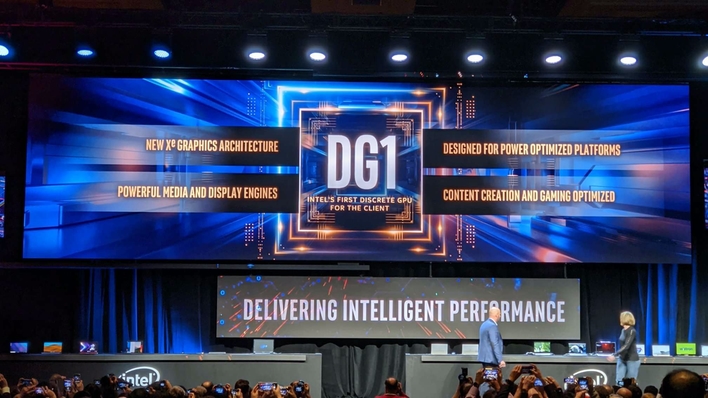 And there's one other thing about Tiger Lake that we should mention; it will come will full support for the next-generation Thunderbolt 4 standard, which naturally supersedes Thunderbolt 3 while offering a 4x uplift in throughput compared to USB 3.2 Gen 2x2.

Stay tuned for more Intel news -- along with news from other manufacturers -- as we continue our on-the-ground coverage of all the announcements from CES 2020.