There have been lots of leaks pertaining to Alder Lake, the hybrid CPU architecture Intel will launch later this year. As we get closer to launch, the leaks presumably become more reliable, and so we might already know some finalized details about three upcoming SKUs, including what is poised to be the flagship CPU of the bunch, the Core i9-12900K.
In case you've missed our extensive previous coverage, Intel has talked a little bit about Alder Lake, saying it will combine high performance Golden Cove cores with more power efficient Gracemont cores, in the same package. It is similar in concept to Arm's big.LITTLE philosophy that has been a huge hit in the mobile space.
That's essentially Arm's marketing terminology for its implementation of a heterogeneous architecture, whereas Intel is rolling out a hybrid design in the x86 space (it already has to some extent with Lakefield, but Alder Lake is a much bigger effort). Will it work out on the desktop? That's a question that will be left unanswered for the time being.
As we wait to find out, specifications of a trio of Alder Lake SKUs have supposedly leaked out. It is said the specs are based on qualification samples making the rounds, which are basically late-run engineering samples. For the most part, specs on QS chips carry over to what ends up being retail silicon. 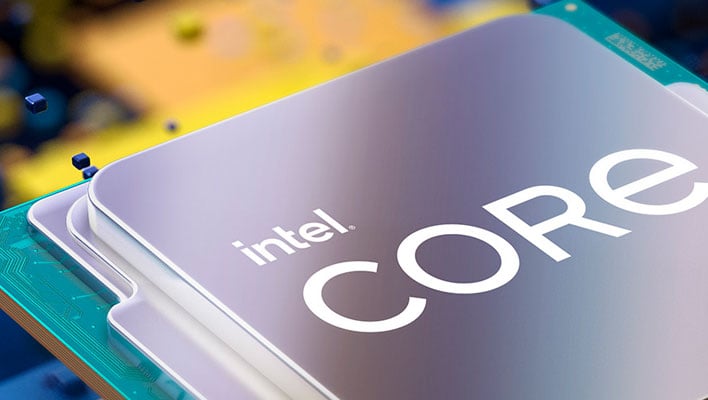 Sitting at the top of the stack, the Core i9-12900K figures to be the highest end Alder Lake part, at least initially. According to the latest leak, it will feature 8 Golden Cove cores and 8 Gracemont cores, resulting in a 16-core/24-thread configuration. Or if it helps to visualize it better, it's an 8+8-core/24-thread CPU.

Next on the list is the Core i7-12700K. Like its burlier sibling, it has an unlocked multiplier, denoted by the "K" at the end of the model number, to help with overclocking. It will also have the same number of Golden Cove cores (8), but only half has many Gracecmont cores (4), for a 12-core/20-thread configuration. Or another way to list it is as 8+4 cores / 20 threads.
According to the leak, the big cores will be capable of boosting to 5GHz, or 4.7GHz across all 8 cores. The small cores, meanwhile, will hit a max boost clock of 3.8GHz, or 3.6GHz across all 4 cores. As for the cache arrangement, we're looking at 25MB of L3 cache on this SKU. The TDPs are the same on this one, at 125W (PL1) and 228W (PL2).

Trailing the pack is Intel's Core i5-12600K, which features an unlocked multiplier like the two higher end CPUs outlined above. This one is outfitted with 6 Golden Cove cores and 4 Gracemont cores, for a 10-core/16-thread configuration (or 6+4 core/16-thread config).
As for the clock speeds, the big cores will hit a max boost clock of 4.9GHz, or 4.5GHz across all 6 cores, while the small cores will boost up to 3.6GHz, or 3.4GHz across all 4 cores. Other specs include 20MB of L3 cache, and the same TDPs as the other two—125W PL1 and 228W PL2.
It will be interesting to see how these SKUs perform. A new architecture should bring with it a boost in instructions per clock (IPC) performance, and things like DDR5 memory and PCI Express 5.0 support could factor into the overall performance potential as well. It's also worth noting that AMD is rumored to be pivoting to a hybrid architecture as well, but not until Zen 5.

Stay tuned, things are going to get interesting by the end of the year.