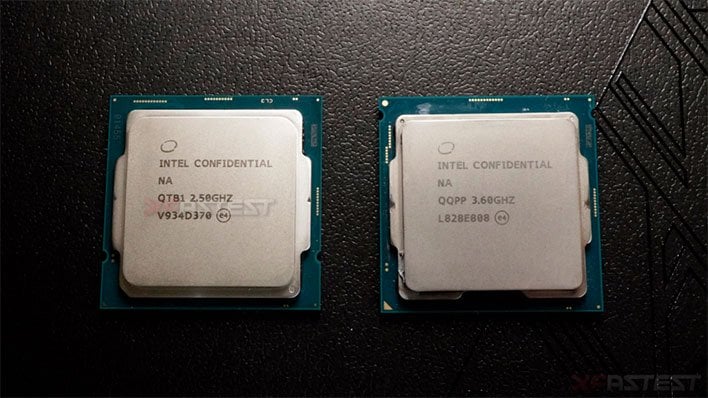 In case you haven't noticed the clues, it’s readily apparent that Intel's Comet Lake-S family of desktop processors will soon be upon us. From the fact that motherboard manufacturers are ready to go, numerous leaked benchmarks, and even pricing showing up at online retailers, the launch could be imminent.

The latest sighting of a Comet Lake-S processor comes from XFastest, which has posted a video which is said to be of a Core i9-10900 ES. For those that need a refresher, the "ES" designation in Intel parlance refers to this being an engineering sample.

If those numbers seem a bit on the low side, you have to realize that this is an engineering sample, and the clock speeds are well below what we'll see in production silicon. In this case, the Core i9-10900 ES was running at a base clock of 2.5GHz with a turbo clock of 3.2GHz. On the other hand, the production Core i9-10900K is said to have base and turbo clocks of 2.8GHz and 5GHz respectively. 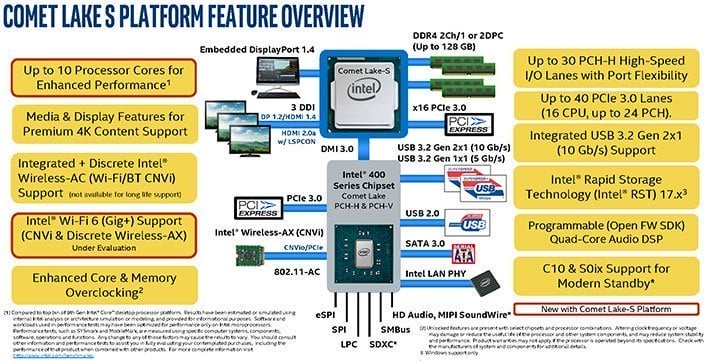 It will be interesting to see how these new Comet Lake-S desktop parts fare against AMD's existing family of 7nm Ryzen 3000 processors. Those Zen 2 processors are available in up to 16-core/32-thread configurations (as opposed to topping out at 10-core/20-thread for Comet Lake-S) and are aggressively priced. According to the leaked price list for upcoming Comet Lake-S SKUs -- if accurate -- Intel is going to have a hard time countering AMD in the performance-per-dollar metric.