Before being anointed CEO of Intel earlier this year, Pat Gelsinger previously spent 30 years at the company, spanning 1979 to 2009. During his first run at Intel, where his illustrious career began, he formed the Intel Developer Forum and served as CTO, before eventually leaving for other pastures (EMC and then VMWare). Now that he's back, he has the weight of expectations on his shoulders, and the challenge of repositioning Intel as a leader in the semiconductor industry. He talked about some of those challenges after Intel posted its third-quarter earnings yesterday.
Looking at the numbers, there are multiple takeaways. One of them is that Intel continues to rake in a lot of cash during a global chip shortage. Intel increased its revenue by 5 percent year-over-year to $19.2 billion, and crushed it on the profit side of the equation, with net income jumping 60 percent to $6.8 billion.
Intel's Client Computing Group was the biggest earner, though it slipped 2 percent year-over-year to $9.7 billion "due to lower notebook volumes" caused by "industry-wide component shortages." However, this was "partially offset by higher average selling prices and strength in desktop," which is notable because Alder Lake has not yet launched (it will soon).
Meanwhile, Intel's Data Center Group increased revenue by 10 percent year-over-year to $6.5 billion, while the Internet of Things (IoT) division skyrocketed 54 percent, contributed $1 billion to Intel's bottom line. Nevertheless, Intel's stock is somewhat tanking at the moment (it's down 10.85 percent) over concerns about Intel's margins.

Intel's Making Painful Investments Now That Will Pay Off Later 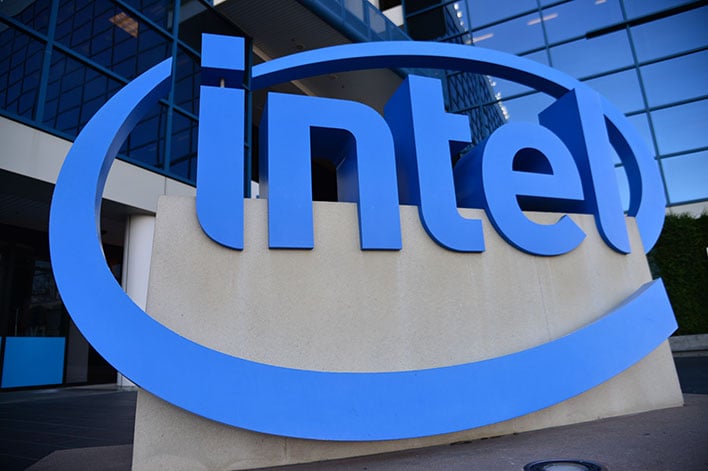 Gelsinger touched on this during an earnings call, noting the company's margins remain "comfortably above 50 percent and we're confident in the multi-year recovery of the margins that result from, again, competitive process." He also indicated that Intel's ability to deliver "competitive products will produce great results" for the company in the long term.
This essentially means Intel is banking on its current investments delivering big returns, it will just take some time. Gelsinger outlined some of these things before, talking about Intel's IDM 2.0 strategy, which entails expanding and building out new fab sites, and making chips for other companies, like what TSMC does. And of course Intel is pushing newer technologies, with a roadmap it hopes is more realistic than past ones (Intel's struggles getting to 10 nanometers served as a major pot hole).
"It is abundantly clear to us that we must invest in our future right now, to accelerate past the rest of the industry and regain unquestioned leadership in what we do," Gelsinger said. "Our investment plan is aligned with our IDM 2.0 strategy to rapidly build our manufacturing capacity in response to the expanding market, grow our share, and to accelerate innovation, enabling Intel to leap ahead with new businesses and capabilities in the future."
Intel's strategy is an ambitious one for sure, but also comes with the territory of being a chip giant. This is where Gelsinger and Intel will ultimately be judged in the years to come. More than that, it's critical for IDM 2.0 to be a success, with Intel going up against a reinvigorated AMD and stiff manufacturing competition from the likes of TSMC and Samsung.

Gelsinger Intel Can Close The Gap With The Competition 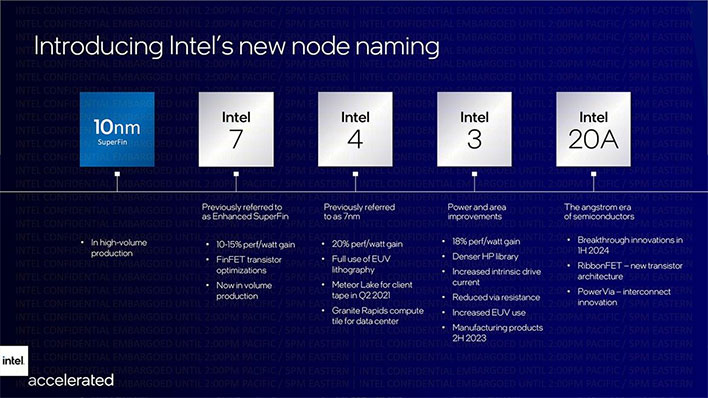 Arguably the most interesting comments Gelsinger made came down to the progress Intel is making towards catching up with the competition. According to Gelsinger, Intel's future nodes—Intel 7, Intel 4, Intel 3, Intel 28, and Intel 18A—are all either on track or even ahead of schedule.
"Relatively speaking, we're closing the gap on the industry, probably even more rapidly than I would've expected just a quarter ago. And as a result of that, these investments will be producing superior products with superior pricing and margins more rapidly, than we would have forecast even a quarter ago," Gelsinger said.
Those are some bold statements, and they reflect confidence in Intel's future nodes. Note that Intel recently changed its node naming, whereby Intel 7 was previously known as 10nm Enhanced SuperFin, and Intel 4 was previously referred to as 7nm (and is expected to be used for Meteor Lake and Granite Rapids).
It's also worth noting that Intel in May announced it had begun taping in its Meteor Lake compute tiles. Gelsinger's comments suggest there have been no major hiccups since then.
As for closing the gap, he's really referring to other foundries, like TSMC and Samsung, though by extension that also includes AMD, which sources most of its chips (including Ryzen) from TSMC. Gelsinger has been exuding confidence about Alder Lake and beyond for quite some time, and he essentially just doubled down on past comments. He fully expects Intel to be making better products at better pricing and margins, once the current investments matures.
How it all unfolds will be interesting to see, and could play a big role in how the competitive landscape shakes out in the years to come.