All the world’s chip giants are rushing to increase fab capacity as shortages rock multiple industries. Although Taiwan Semiconductor (TSMC) is the largest contract chipmaker, Intel is moving to beef up its fabs. And best of all, the company is expanding right here in the United States.

Intel today broke ground on two new “leading-edge” chip factories at its Ocotillo campus located in Chandler, Arizona. There’s no question that the rise of TSMC (Taiwan) and Samsung (South Korea) is partly due to America’s retreat in semiconductor manufacturing. Intel’s resurgence in domestic chipmaking is part of its IDM 2.0 strategy and hopes to “bring more balance to the global supply chain” while at the same time boosting the economy and perceived improvements in national security contracts. 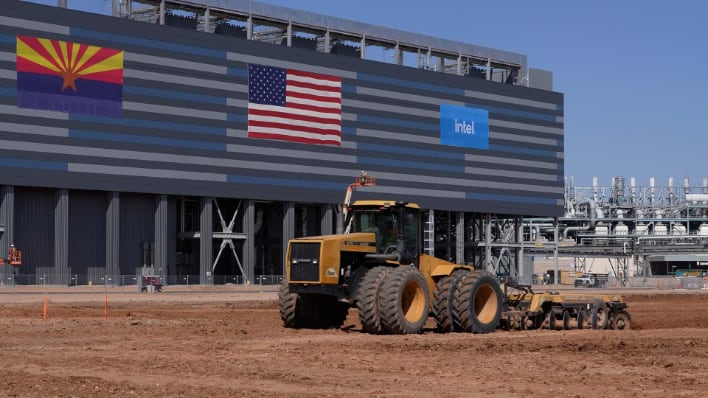 Intel says that the new Fab 52 and Fab 62 will at least, in the short term, bring 3,000 construction jobs. Looking long-term, the facilities will bring 3,000 high-tech jobs along with an additional 15,000 jobs [indirectly] to the local economy.

“Today’s celebration marks an important milestone as we work to boost capacity and meet the incredible demand for semiconductors: the foundational technology for the digitization of everything,” said Intel CEO Pat Gelsinger. “We are ushering in a new era of innovation – for Intel, for Arizona, and for the world. This $20 billion expansion will bring our total investment in Arizona to more than $50 billion since opening the site over 40 years ago. As the only U.S.-based leading-edge chipmaker, we are committed to building on this long-term investment and helping the United States regain semiconductor leadership.” 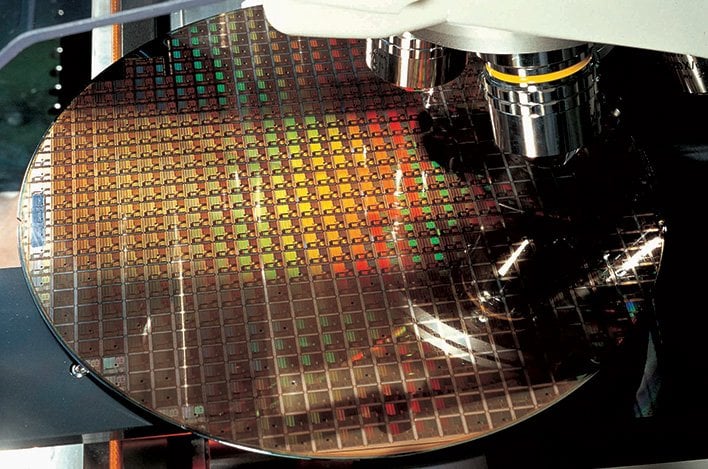 Both fabs are scheduled to become operational in 2024. At that time, they will produce Intel’s most advanced chips using the 20A process node along with RibbonFET and PowerVIA technologies, which you can read more about here.

“For more than 40 years Intel has been at the center of Arizona’s innovation economy. Intel’s latest expansion promises to further that legacy for decades to come while creating thousands of jobs cementing Arizona’s position as a global leader for semiconductor manufacturing,” added Arizona Gov. Doug Ducey. “We are grateful for Intel’s continued investment in Arizona and can’t wait to see these factories up and running.”

According to IDC, full-year global chip production is expected to expand 17 percent for 2021 compared to last year. In addition, the firm believes that chip fab capacity will stabilize in 2022, while we could be headed for oversupply in 2023. “The semiconductor content story is intact and not only does it benefit the semiconductor companies, but the unit volume growth in many of the markets that they serve will also continue to drive very good growth for the semiconductor market,” said Mario Morales, Group VP for Enabling Technologies and Semiconductors at IDC earlier this week.