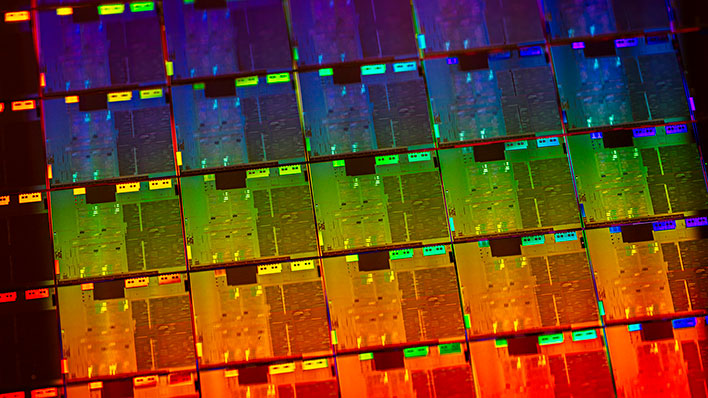 We are all waiting patiently for Intel to finally move on from its 14 nanometer node on the desktop, and that day may come when its 12th generation Core "Alder Lake" CPUs arrive. It may seem like we are getting a bit ahead of ourselves talking about Alder Lake—we still have Rocket Lake in the wings—but apparently developers have access to some technical documentation about the upcoming CPUs.
One of the documents seemingly confirms that Alder Lake-S processors will utilize a new socket, and specifically LGA 1700, according to a screenshot of Intel's technical library. Have a look... 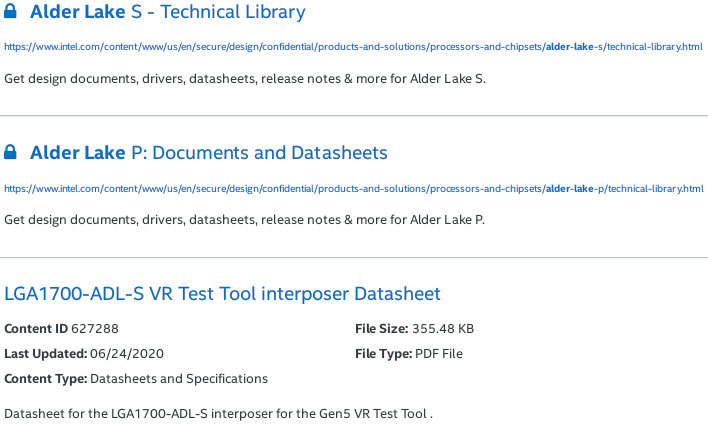 Frequent leaker and Twitter user momomo_us posted the screenshot, which shows a PDF file labeled as "LGA1700-ADL-S VR Test Tool interposer Datasheet."
This does not come as a shock, considering that past leaks have indicated a socket change is coming. In addition, Intel has not been the least bit shy about introducing new sockets and chipsets, as frustrating as that can be at times.
In this case, Intel only recently introduced a new LGA 1200 socket and accompanying Z490 chipset for its 10th generation Core "Comet Lake" CPUs. It is possible—and even likely—that Intel's 11th generation Core "Rocket Lake" CPUs will work in LGA 1200/Z490 motherboards, but it looks like Alder Lake definitely will not, whenever it arrives.
Alder Lake-S is rumored to bring some interesting changes to the landscape. There is the anticipated shift to 10nm and new socket, but also DDR5 memory (which SK Hynix is mass producing) and, at long last, PCI Express 4.0 support.
The same leaker who posted the above screenshot also previously obtained a supposedly leaked slide claiming Alder Lake will arrive with up to 16 cores arranged in a big-slash-little format that is similar (though not identical) to ARM's big.LITTLE approach.
According to that leak, at least two Alder Lake-S processors will feature 8 big cores and 8 small cores, plus onboard graphics (labeled as an 8+8+1 configuration). One of those chips is said to have a 125W TDP and the other an 80W TDP. The slide also pointed to a 6+0+1 configuration, which would be a typical 6-core arrangement with integrated graphics.
Alder Lake rumors are all over the map—it has been suggested we could see Alder Lake this year, though it could also debut in 2021 or even 2022.