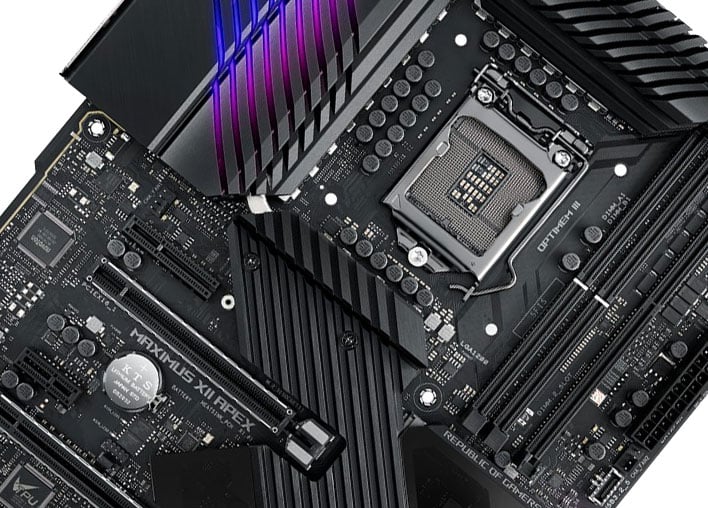 Close your eyes and imagine a world where motherboard sockets never changed, and you could re-use the same motherboard forever. Not stop imagining silly things. The best we can hope for is to have some kind of upgrade path beyond the current generation, but there inevitably comes a point when chip makers introduce a new socket. Intel just did it with Comet Lake-S, and is likely to do so again in a couple of generations when its Alder Lake-S processors arrive.
In case you missed it, Comet Lake-S is the newest silicon on the block (from Intel, anyway). Intel also launched a new Z490 chipset and LGA 1200 socket, meaning any upgrade to Comet Lake-S will also entail a platform overhaul—you won't be dropping a Comet Lake-S chip into your existing Coffee Lake build, in other words.
Incidentally, Gigabyte recently revealed in a livestream that Z490 will also support Intel's upcoming 11th generation Rocket Lake-S CPUs. If that is true, users who invest in a Comet Lake-S build should have an upgrade path for one more generation. What about after that?
The folks at WCCFTech spotted an interesting listing at Lit-Tech, a maker of voltage regulator testing tools in Taiwan. According to the listing, which references a part with the product code Q6UJ1700ADLS, Alder Lake-S is bound for the LGA 1700 socket.
It is also rumored that LGA 1700 will be a bigger socket than LGA 1200 (which stands to reason). The implication there is that existing coolers probably will not be compatible, at least not without a mounting adapter. This would be somewhat of a big deal, given how many coolers are on the market that support Coffee Lake and now Comet Lake CPUs.
Diving further down the rabbit hole, Alder Lake-S is said to be based on an enhanced 10-nanometer node (10nm++), with a design that is somewhat similar to ARM's big.LITTLE scheme. According to various rumors, Alder Lake-S would pair high performance cores with energy efficient cores—up to eight of each in a 125W package at the top end.
We'll have to wait and see how accurate all this turns out to be (or not be). If the rumors are right, Alder Lake-S will arrive in late 2021 or early 2022.