Intel Admits Its 10nm Won't Be As Productive As 14nm, Reaffirms Launch Date For 7nm Chips

Intel has been refreshingly honest about its beleaguered progress with the 10nm process node, which was delayed many times, allowing AMD to gain an advantage with its 7nm Zen 2-based family of processors. With that being said, Intel does have 10nm Ice Lake processors currently making the rounds in the notebook segment, and its 10nm+ Tiger Lake processors are on track for release later this year.

The company was even more frank today about the status of its 10nm process node at the Morgan Stanley Tech, Media & Telcom conference this week. Intel CFO George Davis warned that 10nm is not going to be this big savior for the company’s chip operations. This is despite the fact that Intel even has 10nm server CPUs SKUs on the horizon.

Davis explained that the company’s 10nm/10nm+ process node "just isn't going to be the best node that Intel has ever had." He even went on to add, "It's going to be less productive than 14nm, less productive than 22nm, but we're excited about the improvements that we're seeing and we expect to start the 7nm period and at a with a much better profile of performance over that starting at the end of [2021].” 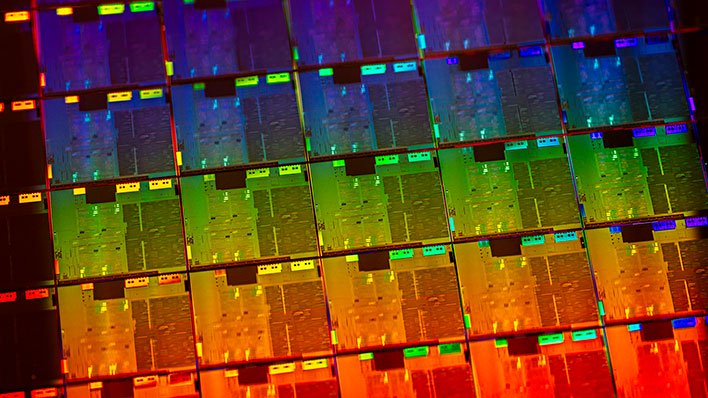 It shouldn't be too surprising that 10nm won't be as productive as 14nm. Intel has been relying on the 14nm process node ever since it launched Broadwell way back in September 2015. The delays in getting 10nm products out the door pretty much guaranteed that Intel’s' 14nm process node would be one of the most heavily-used (across a wide spectrum of products) and longest-lasting for its premiere consumer and server processors.

Intel has had years to mature its 14nm process node, but it's not certain that the company will be devoting a lot of resources into maintaining 10nm as its transitions even smaller to 7nm EUV and beyond. In fact, it might make even more [financial] sense for Intel to shift as much production over to 7nm as soon as possible after it starts pushing out its first 10nm+ Tiger Lake SKUs.

Whatever the case, we'll be seeing Intel's first 7nm SKUs arriving by the end of 2021 according to Davis' comments. To put that in perspective, AMD shifted to its 7nm architecture in mid-2019 for processors (EPYC 7002, Ryzen 3000 Desktop) and its 7nm+ transition (EPYC 7003, Ryzen 4000 Desktop] is expected to occur within the next few months. If all things go according to schedule, Intel’s chief rival will be on the 5nm process node a little over a year from now.