Intel finds itself in an interesting position these days, one that is far more competitive than it has been for quite some time (since the Athlon 64 era). Problems pushing out 10-nanometer processors have been well documented, shortages of 14nm silicon are no secret (Intel recently posted an apology letter to customers over it), and it's ceding ground to rival AMD in market share. Touching on these topics, Intel CEO Bob Swan offered up a rather blunt assessment of where Intel is at and its future goals.
Much of what Swan had to say is stuff we have heard before in some form or another. However, some of his remarks were a bit more candid than some folks might expect. To Swan's credit, he's been very good at communicating how things are, and in particular where things have gone awry for Intel—he previously talked about the challenges Intel faced in getting 10nm.
During a presentation at the annual Credit Suisse technology conference, Swan offered up some additional details, as transcribed by WCCFTech. One of the most interesting things he had to say was how Intel stop being hyper-focused on having a 90 percent share of the total semiconductor market. More than that, Swan wants to "destroy" that kind of thinking.

"We think about having 30 percent share in a $230 [silicon] TAM [total addressable market] that we think is going to grow to $300 billion [silicon] TAM over the next 4 years, and frankly, I'm trying to destroy the thinking about having 90 percent share inside our company because, I think it limits our thinking, I think we miss technology transitions," Swan said.
Bear in mind that he's not talking strictly about CPUs, but the whole kit and kaboodle—CPUs, GPUs, FPGAs, and so forth. When looking at the semiconductor market as a whole, it's a tremendously large market, and being able to snag nearly a third of it would be very lucrative.
"So, we're looking at a company with roughly 30 percent share in a $288 silicon TAM, not CPU TAM, but silicon TAM. We look at the investments we've been making over the last several years in these kind of key technology inflections: 5G At autonomous, acquisitions, including Altera, that we think is more and more relevant both in the cloud but also AI... our expectations are that we're going to gain our fair share at that much larger TAM by Investing in these key technology inflections," Swan added.
Intel already has a diversified portfolio of products and technologies, and this 30 percent goal plays into that, especially as it advances towards discrete GPUs next year (and beyond). It also suggests that Intel would be willing to concede certain CPU market positions to AMD, if it plays into its larger goal. That will be an interesting thing to keep an eye one going forward. 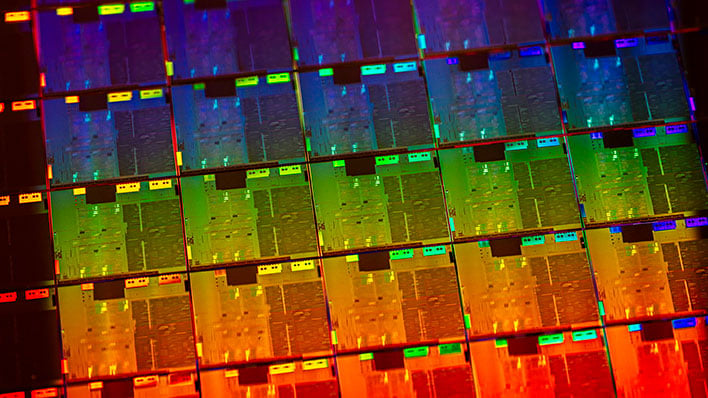 Swan also talked about the challenges involved in bringing 10nm silicon to market. So far, we only have 10nm Intel chips for laptops, with Ice Lake, and are still waiting on desktop solutions to arrive. How did this happen? Call it a perfect storm of events.
For one, Swan says the demand for its CPUs grew faster than expected—the company anticipated a 10 percent growth rate, but saw a 21 percent growth rate. Secondly, Intel decided to build all of its smartphone modems in house, which ate up capacity. And lastly, Intel "slipped on bringing our 10nm to life and when that happens, you build more and more performance into your last generation." For Intel, that meant optimizing its 14nm node.
"So those three—growing much faster than we thought, bringing modems inside and delaying 10nm resulted in a position where we didn’t have flexible capacity," Intel said.
Nevertheless, Intel believes it has things sorted out, in terms of its nodes. 10nm silicon will come, and after that, Swan says Intel's first 7nm processors will ship in the fourth quarter of 2021. That seemingly puts Intel well behind AMD, though Swan says Intel's 7nm node is equivalent to the competition's 3nm 5nm node. [EDIT: Swan says he expects Intel to reach 5nm by the second half of 2024, and that it is equivalent to TSMC's 3nm node].

Interesting stuff, and we'll just have to wait and see how it all plays out. In the meantime, hit the link the Via field to read more of Swan's comments.