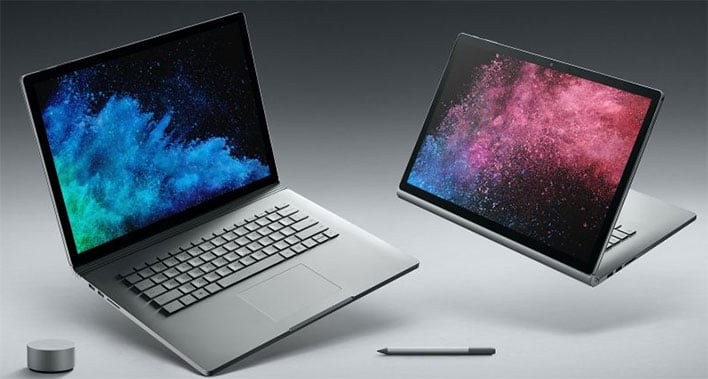 Rumors have been swirling for a while now that Microsoft is planning to introduce a Surface Book 3, and the latest chatter pegs the unveiling for a Spring hardware event in New York City. It would not be a surprise if that ended up happening. What would be somewhat of a surprise, however, is if the Surface Book 3 came armed with an 11th generation Tiger Lake-U processor, as a fresh 3DMark leak seems to suggest.
The prevailing assumption is that Microsoft would tap its 10th gen Ice Lake stack for the Surface Book 3. Back in January, a similar leak highlighted various possible configurations, including one that paired an Ice Lake-based 10th generation Core i7-1065G7 processor (4 cores, 8 threads) with an NVIDIA GeForce GTX 1650 Max-Q GPU.
At the time, prominent leaker @_rogame said, "Don't rule out Tiger Lake for Surface Book 3 just yet." Now a couple of months later, he's posted another 3DMark entry, claiming "Microsoft started testing 2.7GHz Tiger Lake-U." Have a look... 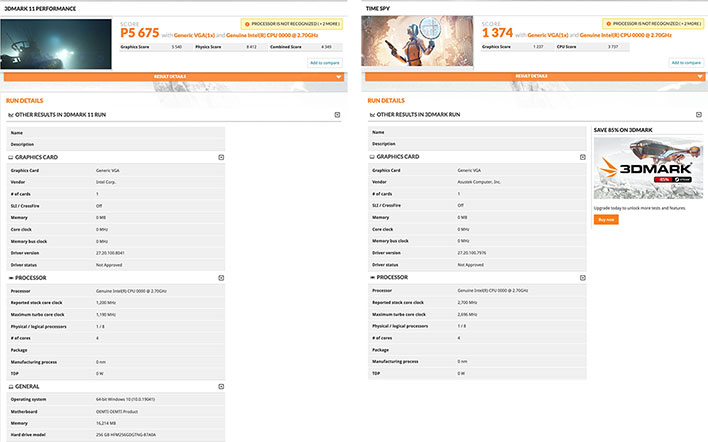 It is an unspecified CPU model, with only the clockspeed being revealed. The test system also features 16GB of RAM and 256GB of internal storage, along with a motherboard labeled as "OEMTI OEMTI Product." This has been attached to other Surface products in the past. And as @_rogame points out, the system is using the same SSD as a Surface Laptop 3.
We would be surprised if a Tiger Lake-U CPU ended up in a Surface Laptop 3 model. Microsoft released the Surface Laptop 3 last October with Ice Lake underneath the hood. It also launched a 15-inch model built around AMD's Ryzen hardware.
A brand new product seems like a much more likely destination, and as of right now, the Surface Book 3 does not officially exist. There have been numerous Tiger Lake leaks, though, including one in January that showed strong single-threaded and multi-threaded performance in Geekbench 5.
From what Intel revealed at CES this year, Tiger Will is being built on a refined 10-nanometer manufacturing process and will offer a "double-digit" uplift in performance over its predecessors. Tiger Lake will also feature support for Thunderbolt 4 and wield a Gen12 Xe graphics engine. Whether Tiger Lake finds its way to the Surface line, however, remains to be seen.