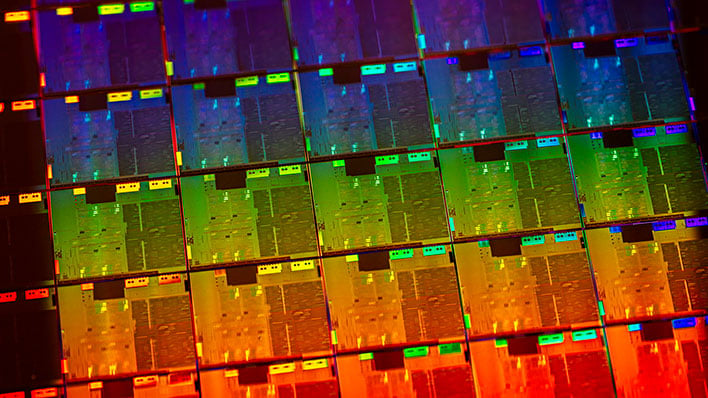 Prices on a small handful of Intel's upcoming Comet Lake-S desktop processors have seemingly come into view, and if they are accurate, then a chip with 10 cores and 20 threads could find its way into PCs for less than $500. Realistically, that's probably where such a CPU would need to end up, in order to be a compelling alternative to AMD's third-generation Ryzen products.
To quickly recap, Comet Lake is already in mobile form, with Intel having released low power Comet Lake-Y and Comet Lake-U CPUs for thin and light laptops. The desktop is the next stop for Comet Lake. Leaks and rumors abound in the lead up to the eventual launch, though for the most part, they have been focused on model names, specifications, and preliminary performance metrics.
Now we might have an idea about pricing. Twitter user @momomo_us dug up a few Comet Lake-S listings on DirectDial, a retailer based in Canada. Have a look...

Those are Canadian dollars. Retail pricing from one territory to the next does not always follow a straight currency conversion, and it is not clear if DirectDial's pricing is indicative of what the listed Comet Lake-S processors will command at other retailers in the same region. Nevertheless, it might at least give us a rough idea of where things will land.
All that said, let's convert these prices into US dollars anyway...
As points of reference, the same retailer lists the Core i9-9900K for $746 CAD, the Core i9-9900KF for $709 CAD, and the Core i9-9900 for $678 CAD. So extrapolating from that, the Core i9-10900 will be just slightly more expensive than the Core i9-9900, which sports 8 cores and 16 threads clocked at 3.1GHz to 5GHz.
Comet Lake-S is another iteration of Intel's 14-nanometer node. One interesting thing we will be keeping an eye on is the level of cooling needed, particularly at the top of the stack. There is leaked evidence to suggest that Intel's upcoming 10-core/20-thread SKUs could require heavier duty cooling to hit those 5GHz and higher boost clocks.
Meanwhile, AMD's third-generation Ryzen desktop processors based on Zen 2 continue to fall in price. Case in point, the Ryzen 9 3900X is on sale for $434 on Amazon. That is a 12-core/24-thread processor with a 3.8GHz base clock and 4.6GHz max boost clock. It's also worth noting that AMD's X570 chipset supports PCI Express 4.0, which is not something Comet Lake-S is expected to match.