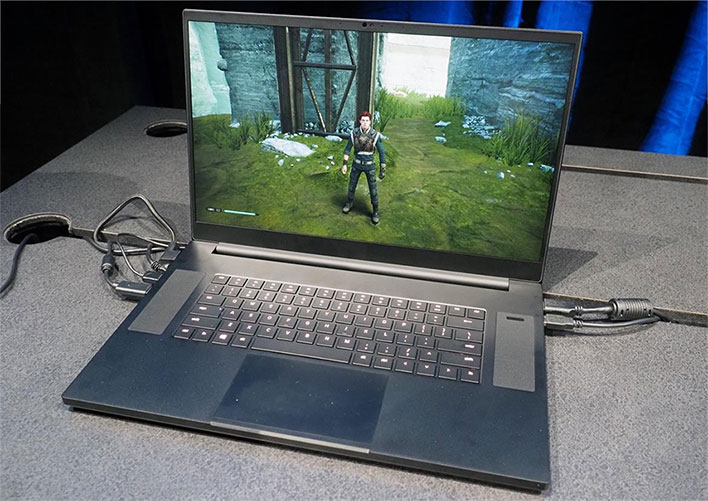 Earlier this week at CES, Intel announced its OEM partners would soon be shipping laptop systems powered by 10th generation Comet Lake-H processors, including Core i7 models with speeds hitting (and surpassing) 5GHz. We do not know precisely when they will arrive, though Gregory Bryant, executive vice president and general manager of Intel's client computing group, offered up a general time frame on Twitter
"Hearing lots of interest and questions about the launch timing of our 10th gen Intel Core H-series here at CES 2020. I'm happy to announce we will ship later this quarter," Bryant stated on Twitter.
In other words, these laptops will arrive sometime within the next 11 weeks. Incidentally, Bryant's announcement was met with a bit of consternation on Twitter, with some commenters lamenting the lack of official information on when Comet Lake-S will arrive on the desktop, and the history of "security flaws" on previous processors (a reference to Spectre, Meltdown, and other similar side-channel vulnerabilities).
We don't bring that up to throw shade at Intel, but it underscores what the company is up against. In years past, before AMD rose like a phoenix out of mediocrity, an announcement like this would not have drawn heckles from the online peanut gallery. Whether laptops powered by Comet Lake-H change the narrative remains to be seen.
Here's what we know so far. Comet Lake-H will offer speeds of 5GHz and beyond on certain Core i7 models, and "even higher clocks on Core i9," according to Intel. There will also be 8-core/16-thread CPUs available "at scale." That's an important note, because just a few weeks ago (in November), Intel issued a public apology for lingering chip shortages.
"In response to continued strong demand, we have invested record levels of Capex increasing our 14nm wafer capacity this year while also ramping 10nm production," Michelle Johnston Holthaus, executive vice president and general manager of sales, marketing, and communications for Intel, wrote in a letter. "In addition to expanding Intel’s own manufacturing capability, we are increasing our use of foundries to enable Intel’s differentiated manufacturing to produce more Intel CPU products."
Intel saying 8-core/16-thread Comet Lake-H CPUs will be available at scale is an updated assurance to customers that these upcoming processors (and the laptops built around them) will not be short supply. So, that is obviously a good thing.
At the same time, Intel is not competing against itself. AMD made a mobile announcement of its own at CES, saying the first laptops to feature its new Ryzen 4000 series processors will also ship in the first quarter of 2020. These will be offered in up to 8-core/16-thread variants as well, though the fastest model announced (Ryzen 7 4800H) will top out at up to 4.2GHz via boost.
It is going to be an interesting quarter (and year) for sure. We look forward to reviewing some of the upcoming laptops with hardware from both companies, so stay tuned to see how it all shakes out.