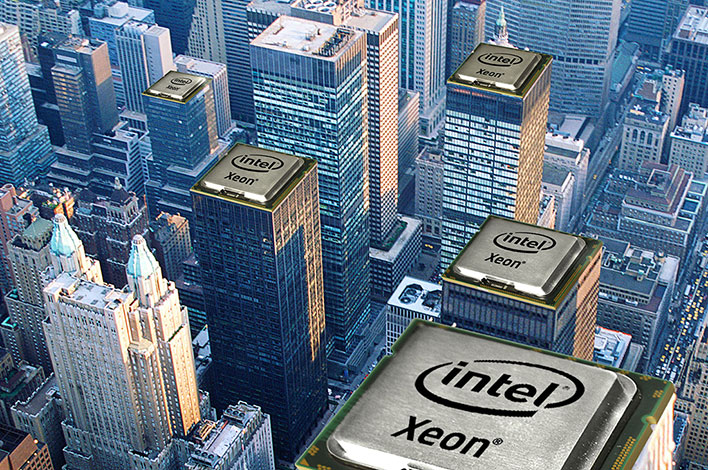 We’ve known that Ice Lake-SP processors would be on the way from Intel for quite some time, and we’re now getting a glimpse at some high-end SKUs that will be coming to the Xeon product family. Intel has been stuck on the 14nm process node for its mainstream and enterprise-class processors for much longer than originally anticipated, but Ice Lake-SP is the company’s first foray into 10nm for Xeons.

Luckily, some leaked benchmarks have made their way to the Geekbench database that gives us an early look at what to expect when these chips land later this year (hopefully). Kicking things off with Geekbench, a dual-socket system was benchmarked with two 28-core Ice Lake-SP processors with a base clock of 1.5GHz and a turbo clock of 3.19GHz. The system was decked out with a beefy 512GB of RAM, while running Microsoft Windows Server 2019. 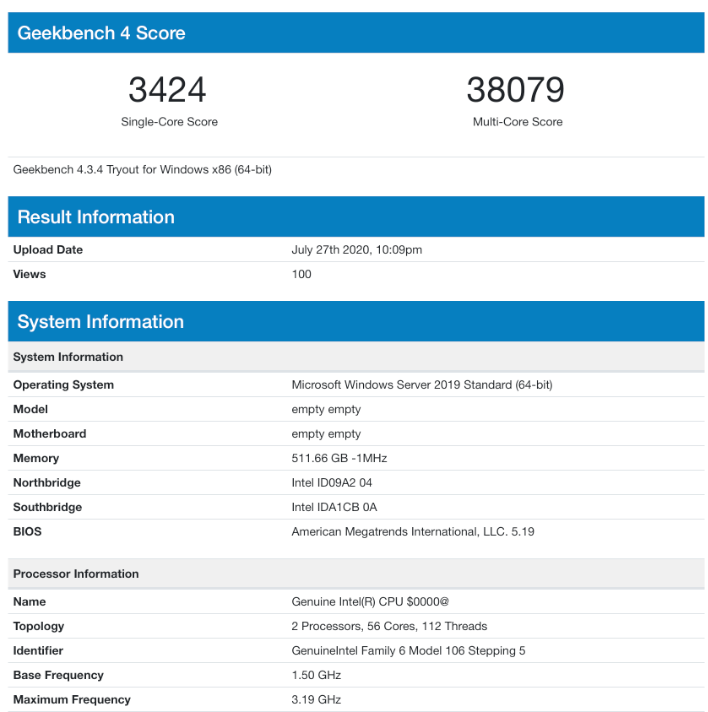 In the single-core benchmark, the Ice Lake-SP was able to put up a score of 3,424, while its multi-core score came in at a heady 38,079. However, we should note that these are relatively low clock speeds for what is likely an engineering sample. But to give us at least a “ballpark” idea of where Ice Lake-SP stacks up at this point, here’s the same engineering sample compared to the 64-core/128-thread AMD EPYC 7442 processor.

Given the EPYC 7442’s clock speed advantage (2.25GHz base, 3.4GHz boost), we see a strong tilt in favor of the AMD chip when it comes to the single-core benchmark. However, in the multi-core benchmark, which is traditionally a strongpoint for AMD, the Intel chip actually comes out a bit ahead. And we should note that the Intel numbers are likely to only get better between now and release. 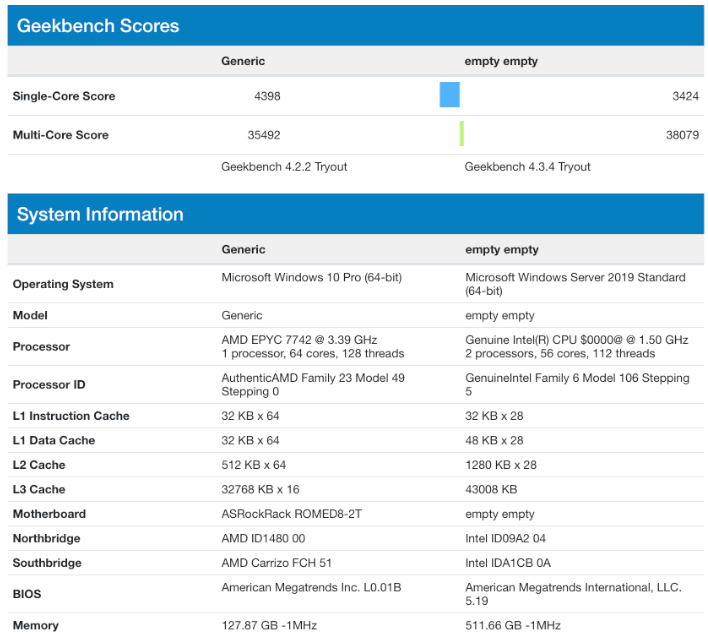 With that being said, AMD has some tricks up its sleeve as well when it comes to EPYC. The current-generation Zen 2-based EPYC 7002 family has been around for about a year, and are scheduled to be replaced soon. Its successor will be the EPYC 7003 family, which is built on 7nm+ Zen 3 architecture. Zen 3 will bring with it an all-new architectureaccording to AMD, and is expected to deliver some nice IPC improvements over Zen 2 (likely ~15%). Forrest Norrod, AMD's General Manager for the Datacenter and Embedded Solutions Business Group said in late 2019 that Zen 3 will deliver performance “right in line with what you would expect from an entirely new architecture.”

Intel’s future product plans were recently thrown into disarray when the company announced last week that its 7nm process node has been delayed. This marks the second consecutive process node (the first being 10nm) that has been delayed by the company. The immediate aftermath of the delay is that Chief Engineering Officer, Dr. Murthy Renduchintala, is leaving the company effective August 3rd.