Mobile devices are in store for a major bump in bandwidth, one that leaves JEDEC's official designation in the dust. Chinese chip maker Innosilicon has demonstrated a 10,000 Mbps transfer rate on its LPDDR5X memory, which is a not-insignificant 17 percent uptick over JEDEC's LPDDR5X-8533 specification. The company also claimed a dropped in latency to boot.
It will be interesting to see if Innosilicon brings this to market. Regardless, LPDDR5X is coming. Qualcomm, for example, recently validated Samsung's LPDDR5X DRAM for next-generation Snapdragon phones. Samsung had actually announced in November of least year that it developed the industry's first 14nm-based LPDDR5X DRAM, at the time touting speeds of up to 8,500 Mbps. What Samsung validated runs at 7,500 Mbps. 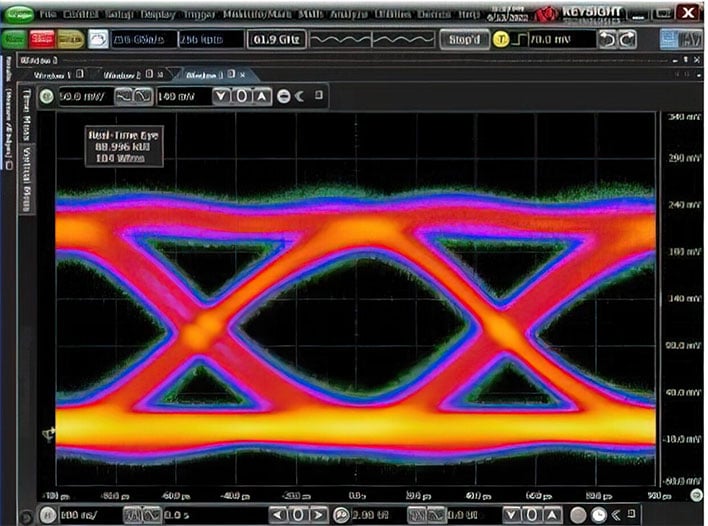 We're going off a Google Translation here, but it sounds like Innosilicon might be ready to mass produce its LPDDR5X-10000 memory chips, suggesting this is more than just a tech demonstration. We couldn't find an official announcement or press release, though, so that bit is still up in the air. Either way, this is impressive stuff.
Let's play with some more numbers. JEDEC's LPDDR5X-8533 specification translates to 68.2 GB/s of bandwidth, which is up from 51.2 GB/s for LPDDR5-6400 (also an official JEDEC specification). Innosilicon's LPDDR5X at 10,000 Mbps balloons the bandwidth all the way to 80 GB/s. So we're looking at a 17 percent increase in bandwidth over LPDDR5X-8533, and a whopping 56.2 percent jump over LPDDR5-6400.

Innosilicon is also touting a 15 percent reduction in latency with its LPDDR5X-10000 memory. Combined with the huge bandwidth increase, these chips could facilitate meaningful gains a range of devices, including 5G handsets, mixed reality headsets, autonomous vehicles, and so forth.