All-in-one (AIO) configurations have become more powerful over the years, to the point where some models feature high-end GPU solutions for gaming, one of the most demanding tasks performed on a PC. So it goes with HP's new Envy 32 AIO solutions. HP's newest AIO breed packs some powerful hardware into a sleek package, including up to a 65W Intel 9th generation Core i7-9700 processor and up to an NVIDIA GeForce RTX 2080 GPU.
HP is primarily targeting creators, and to that end, it notes the Envy 32 AIO is the first of its kind to join NVIDIA's RTX Studio program.
"Purpose-built for today’s creators, RTX Studio is capable of powering over 40 of the world’s top creative and design applications with RTX accelerated ray tracing and AI-assist to speed up tedious task and high-resolution video editing in real-time," HP says.
Fair enough, but a 9th generation Core i7-9700 paired with a GeForce RTX 2080 GPU is a potent combination for gaming as well. Buyers can also configured the Envy 32 AIO with up to 32GB of DDR4 memory and up to a 1TB solid state drive (SSD). Fully loaded, there is not much the Envy 32 AIO should not be able to tackle with aplomb (though we'll reserve final judgement until we've had a chance to evaluate one in person). 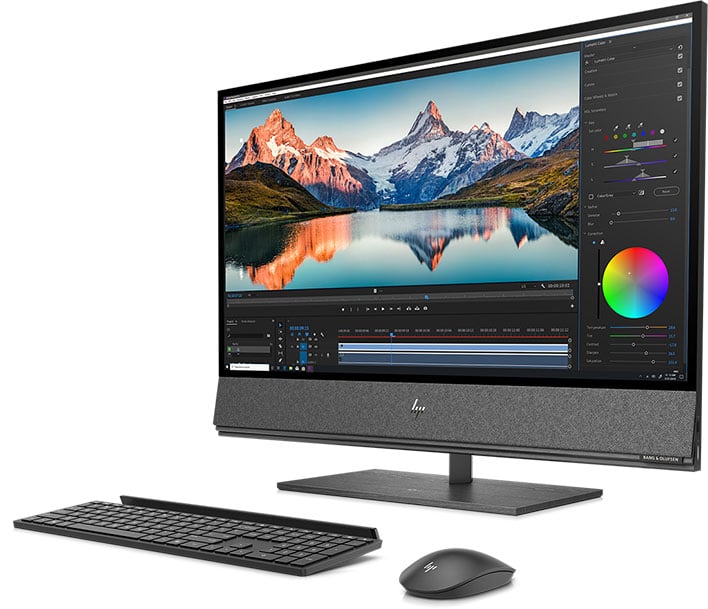