All indications point to Intel announcing and then releasing Alder Lake in the near future (certainly by the end of the year, but probably much sooner). While we wait, early benchmark leaks look encouraging, and have whet our appetite. Perhaps you find yourself pondering an upgrade. The question is, how much will it cost to make the transition to Alder Lake? We won't know with absolute certainty until Intel's next-gen chips actually touch ground, but we can put together a rough estimate based on what we know so far.
By rough estimate, we mean take this for what it is—speculation based in part on price leaks, which may or may not prove accurate. However, the leaks are the best we have to go on at the moment, and we figured it would be fun to spec out a next-gen PC the best we can.
Part of what makes this possible is the first retail listing for a Z690 motherboard. For a brief time, Newegg in Canada was seemingly taking orders for the not-yet-released MSI Pro Z690-A motherboard. It's based on Intel's upcoming Z690 chipset for Alder Lake, albeit it's outfitted with DDR4 memory slots (Alder Lake supports both DDR4 and DDR5).

Using the MSI motherboard listing as our baseline, we can combine it with other leaks and products that have actually released to get a general (very general) sense of pricing for a complete Alder Lake build. To wit, there have been early Alder Lake CPU listings at Micro Center and Provantage, and 32GB GeIL Polaris RGB memory kit on Amazon and Newegg.
Let's start with a basic motherboard and CPU swap...
Assuming you're looking to re-use your existing parts (DDR4 RAM, storage, power supply, case, OS), you're looking at around $528 to update the guts of your PC to Alder Lake. That's if going with a Core i5 processor, and of course actual pricing could be a little or even a lot different. But there's your rough estimate. 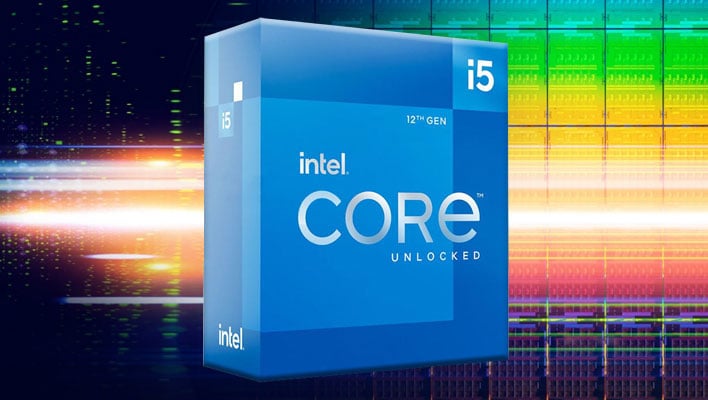 What about building a PC from the ground up? With every necessary part included? There will be a plethora of configuration options, and here's one possible scenario...
The grand total comes to $965.29, leaving you with integrated graphics. In normal times, you could pick up an NVIDIA GeForce RTX 3060 for $329 (MSRP), bringing the cost to $1,294.29, plus add a few bucks for Windows (or up to around $100), if needed.
Some notes about this build. It's just a snapshot of one possible combination of parts, and based on pricing at the time of this writing (sales and mail-in-rebates can shift things, depending on timing). And as for the cooler, we picked one that comes with a free offer to claim an LGA 1700 bracket upgrade kit. In addition, there will be higher end (and pricier) Alder Lake CPUs, including the Core i7-12700K and Core i9-12900K.

Ideally, you'd want to pair Alder Lake with DDR5 memory. There haven't been any price leaks for DDR5-based motherboards, but let's assume you'll be able to get one for around the same cost as the one above. You'll still end up paying more, because it looks like DDR5 will come with a pricing premium out of the gate. That 32GB GeIL Polaris RGB DDR5-4800 kit we mentioned earlier? It came with an asking price of $349.99. Before that, a naked 32GB DDR5-4800 memory kit from Teamgroup manifested, for around $311.
Factor in the cheaper kit and you're looking at $1,276.23 without a graphics card, or $1,605.23 with a GeForce RTX 3060 at MSRP (unrealistic, we know). You can probably subtract around $100-$150 for a 16GB DDR5 kit, though that's just a best guess right now.
Of course, these price points could be way off once Alder Lake releases to retail, depending on how it and accompanying hardware shakes out in the marketplace. So don't take this too seriously. We'll revisit things once Alder Lake lands.