Here Are Our Favorite Games To Play During COVID-19 Quarantine

Many of us are spending more time indoors than usual this season and some are taking the opportunity to revisit a few favorite video games. While it is fun to be able to replay or delve deeper into the video games that you already own, sometimes you simply crave some new content. If you find that you are a little bored with your current line-up, this is the article for you. Here are some of the video games that HotHardware's staff recommends for killing time during the COVID-19 Quarantine.


Games that offer an immersive adventure

Doom 2016 (2016): Doom 2016 is a first-person shooter video game that is set in the future on Mars. Players are pitted against demons from Hell that have been set free by the Union Aerospace Corporation.

Paul says, “I just recently started playing the Doom 2016 reboot and holy hell is it a fun ride. It's also a fraction of the cost of Doom Eternal ($20), making it a value-driven alternative if you skipped over it too.”

Doom Eternal (2020): Doom Eternal is a brand-new first-person shooter that is a sequel to Doom 2016. The player is once again tasked with taking on demons from Hell. This game was just released, but is already a favorite here at HotHardware.com. Both our Editor in Chief Dave and Managing Editor Marco have great things to say about the game and Ben's got some tips posted for it as well. 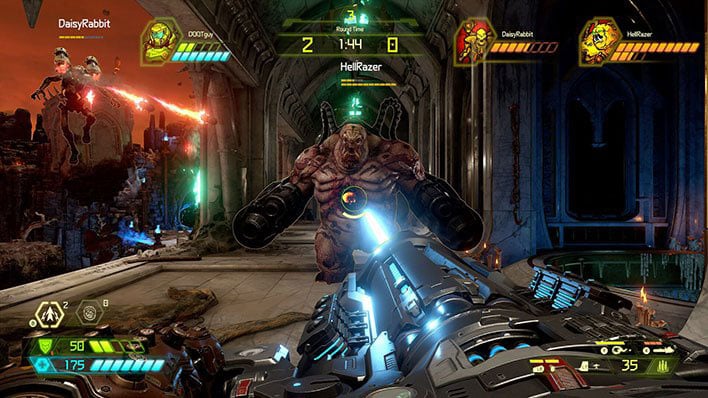 Marco says, “I had to try Doom Eternal just to see what all of the hype was about, and think it is pretty awesome. The visuals are excellent and the voice acting is also very well done – that’s actually a pet peeve of mine, annoying voices or lame attempts at voice acting in games (or movies) immediately turn me off.”

Fallout 4 (2015): Fallout 4 is an action role-playing game in which the player emerges from cryogenic stasis to search for their kidnapped child. The player explores a post-apocalyptic world and must complete a variety of quests, level up, and aid various factions.

Shane says, “Fallout 4 is one of my all-time favs.”

Half-Life (1998) and Half-Life 2 (2004): Half-Life and Half-Life 2 are first-person shooter games that feature interesting puzzles and weapons. The player plays as the protagonist Gordon Freeman who must battle against aliens and other enemies. The game is well-known for its story-telling and many fans have been begging for Half-Life 3 for ages.

Brandon says, “During this COVID-19 lockdown, I went back and revisited the original Half-Life more than two decades after I first was enamored with it. I’ve also been spending time with Half-Life 2 and its vastly superior graphics — both games are free to play on Steam for a limited time.” 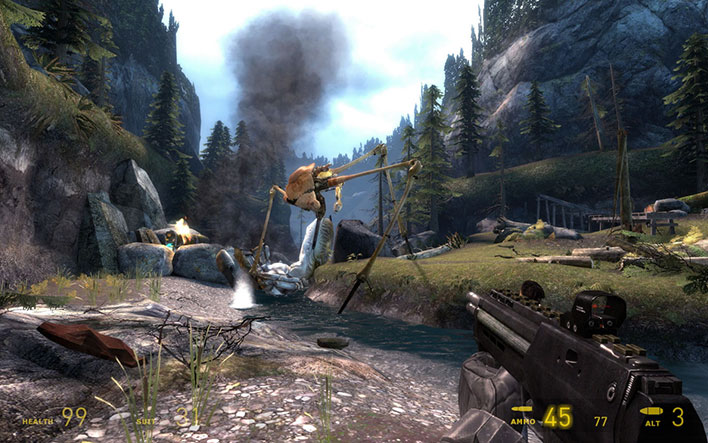 Brittany says, “The Elder Scrolls V: Skyrim is my all-time favorite game. I have logged hundreds of hours in the game and rarely get tired of exploring the massive open world. The memes and mods that have emerged have kept the game relevant nearly a decade after its release.”

Paul says, “And if you want to go completely free, I've been strangely sucked into the browser gaming world that is Candy Box 2. It's the modern Minesweeper, in terms of delightful time wasters.”

Marco says, “Another classic I’m planning to run through again is COD 4: Modern Warfare. The single-player campaign was one of the most memorable I’ve ever played. At the time it was released it sucked me in and I particularly liked how varied the missions were.”


Games that are better with a friend

Destiny 2 (2017): Destiny 2 is a multiplayer first-person shooter. It is free-to-play, but gamers can purchase a season pass for $10 USD, which gets you extra content including more level up rewards (gear, currency, etc.), as well as the seasonal artifact which grants you unique weapon and armor mods required for the highest difficulty content. The player plays as a Guardian who must defend the last of the human race from a variety of aliens.

From Chris, “I loved going to a friend's house to play Halo and Halo 2 all night in middle school. While I never owned an Xbox 360 or Xbox One, I did start playing Destiny 2 with the launch of Stadia. Running around shooting aliens brought me right back to childhood. You can get started for free as a New Light player and have access to most of the game. Sure, the game has its faults and its fans love to bicker about ‘content droughts’, but I've found plenty to love about it. The controls just feel ‘right’ and it maintains a fast, fluid pace.” 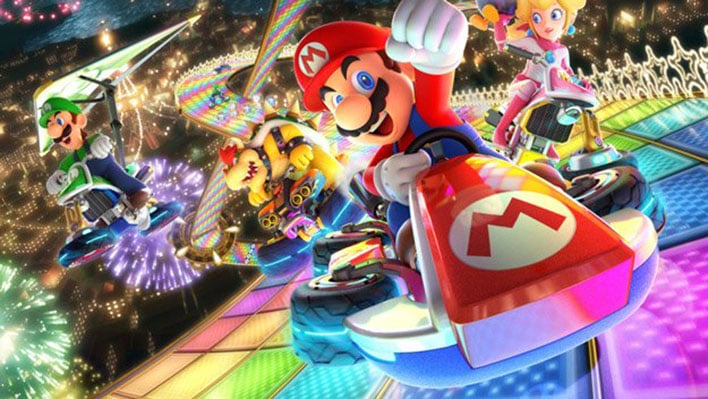 From Brandon, “However, the game that I’ve been playing the most in my downtime is Mario Kart 8 Deluxe on my son’s Nintendo Switch Lite... blue shells be damned!”


Games that get your creative juices flowing

Kerbal Space Program (2011): Kerbal Space Program (KSP) is a space flight simulation game. Players are in charge of a space program that is operated by adorable humanoid “Kerbals”. The player can create and launch a variety of spacecraft and can travel to different celestial bodies.

From Chris: “Kerbal Space Program might be the ultimate sandbox game. The overt objective is to design and build your own rockets to launch into space and explore the solar system. However, the game's physics simulations are so robust that players have been known to build airplanes, boats, colonies, and even mechanized robots. KSP teaches players rocket physics from the Tsiolkovsky rocket equation to orbital mechanics, resource management and more, all while remaining ridiculously entertaining. You never get tired of seeing your lovingly crafted rocket spectacularly explode because you forgot to double check your staging. Always check your staging!”

From Shane: “Civ 5 and CIV 6 are awesome games, been playing those for years. Both will have you look up at some point and realize it is dark out and you have been playing for 10 hours straight.” 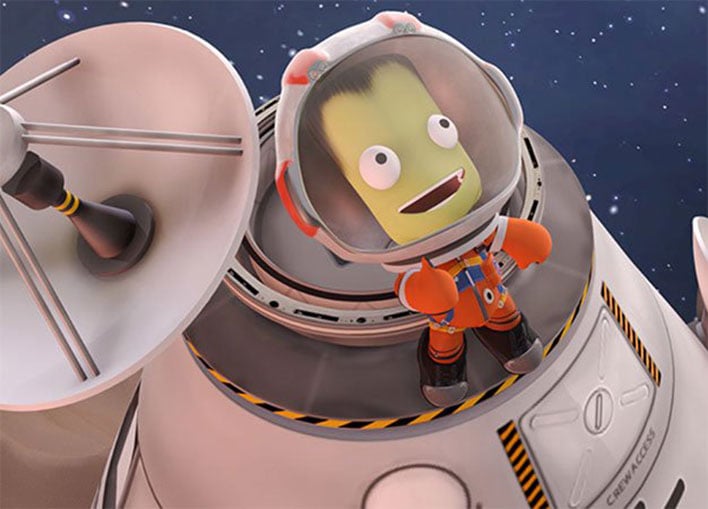 Stardew Valley (2016): Stardew Valley is a simulation role-playing video game by indie developer ConcernedApe. The player takes over their grandfather’s farm and is able to grow crops, mine for ore, and participate in a variety of other activities. The game also recently added a multiplayer mode.

From Brittany: “Stardew Valley is a cheerful, engaging game that provides players with various options. Do you want to develop a massive, multi-million dollar ancient fruit farm? Go for it. Do you want to delve into the infinite levels of the Skull Cavern? No one is stopping you. My goal is to eventually explore 100% the game and find all of the fun Easter eggs.”

From Chris: “Roller Coaster Tycoon is among the first computer games I ever played and holds a special place in my heart. It is another sandbox game, and provides just the right structure to guide players along without restricting their imagination. I'd like to give a special thanks to Youtuber Marcel Vos and everyone who has contributed to the OpenRCT2 project started by Ted 'IntelOrca' John for reinvigorating my love of this classic game.”


Games that will give you a good scare

The Forest (2014): The Forest is a survival horror developed by indie game studio Endnight Games. The player is dropped into a forest after a plane crash. The game is set in an open world and players must make their own decisions about the best ways to survive.

From Shane: “I really like an indie game on Steam called The Forest, kind of a creepy horror survival game.” 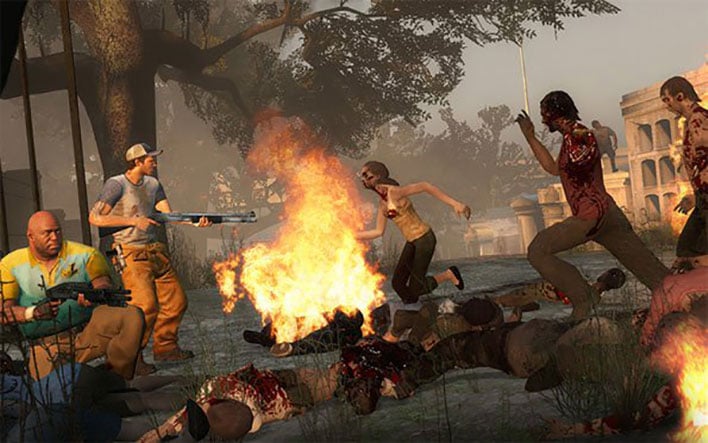 Left 4 Dead 2 (2009): Left 4 Dead 2 is a multiplayer survival horror game. Players must team up in a post-apocalyptic world to battle against zombies called the “Infected”. The game’s AI will adjust the difficulty level based off of the player’s previous performance.

From Marco: “I still turn to Left 4 Dead 2 when I need some mindless fun as well. Every time you play L4D2 the game is different and all these years later, I’m still occasionally startled by some of the special infected that drop into the game.”

What are your favorite games HotHardware readers. Let us know in the comments below.