Disney Infinity developer Avalanche Software (in cooperation with Portkey Games) is hard at work putting the finishing touches on Hogwarts Legacy, an open-world action-roleplaying title set in the same universe as the Harry Potter books. The game doesn't bear the Boy Who Lived's name because it's set in the 1800s, long before the time of the novels. It's coming to Steam, and if you plan to play it on PC, you'd better check the system requirements.


The actual requirements to play the game were unveiled when the Steam store page went up late last year, but along with modifying those downward slightly, the official system requirements and recommendations also include guidelines as to the kind of hardware you'll need for a 60-FPS experience in 1440p and at 4K with "Ultra" settings.

If you just want to play the game, you can technically get by with something as old as a Core i5-6600 or a Ryzen 5 1400, although given that the game uses Denuvo DRM, you will definitely want at least six CPU cores. 16GB of system RAM is an immutable requirement, but if you don't mind playing in regular HD 720p at 30 FPS with low settings, you can apparently get by with a GeForce GTX 960 or Radeon RX 470 4GB card.


The actual recommended settings, which Avalanche says will get you the game going at 60 FPS in 1080p resolution, are a Core i7-8700 or Ryzen 5 3600 CPU along with a GeForce GTX 1080 Ti, Radeon RX 5700 XT, or curiously, an Intel Arc A770. The Arc GPU is significantly faster than either of the other two cards, and we'd expect it to handle the game better than those given that this is a modern DirectX 12 title, but perhaps Avalanche knows something we don't.

Folks keen to enjoy Hogwarts Legacy in high resolution with "Ultra" settings will need a pretty beefy machine indeed. For ultra settings, Avalanche recommends a Core i7-10700K a Ryzen 7 5800X, both of which are still pretty darn speedy CPUs. At 2560×1440, you'll seemingly need to supply GeForce RTX 2080 Ti or Radeon RX 6800 XT performance. Those two cards are pretty far apart in rasterization speed; more on this in a moment.


Looking at the requirements to run the game fluidly in UHD 4K (3840×2160) resolution, we see Avalanche recommending a GeForce RTX 3090 Ti or Radeon RX 7900 XT. These two cards are closer than the Turing and RDNA 2 parts mentioned in the Ultra 1440p requirements, but there's still a gap there. 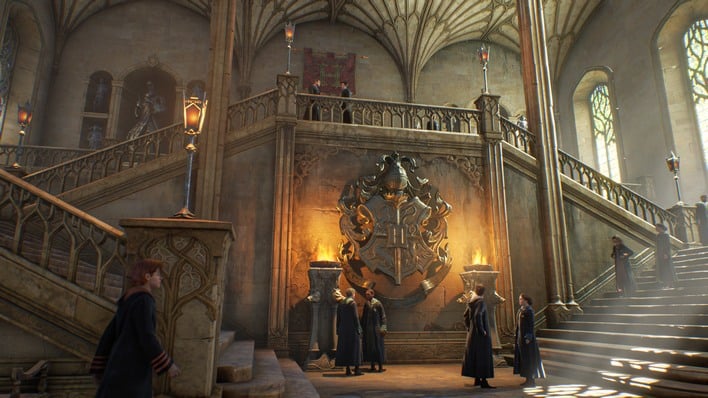 So why the gap? Well, the key quality linking those parts is their ray-tracing performance. Hogwarts Legacy likely uses some ray-traced effects, and due to the poor real-time RT performance of RDNA 2, you apparently need quite a beefy card to run the game with playable performance. Meanwhile, RDNA 3 fares much better, but the requirements to keep the game from being a slideshow in 4K are apparently quite steep regardless.


Given the relatively potent ray-tracing capabilities of Intel's Alchemist architecture, we'd actually expect that you will get playable 1440p Ultra performance out of an A770 16GB card, but we obviously haven't tested the game ourselves, so don't hold us to that statement. 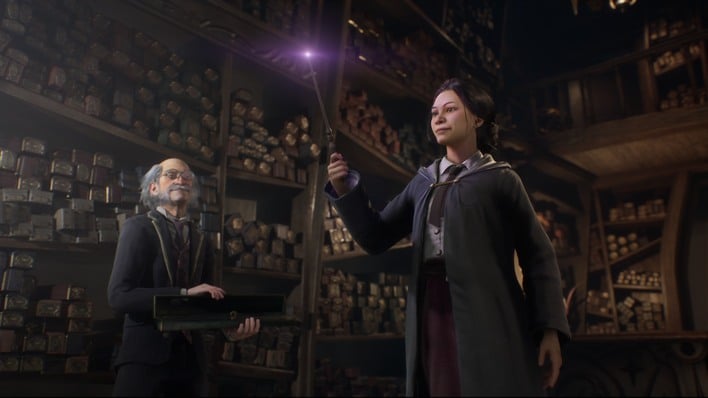 Arguably the most difficult hardware hurdle to pass for Hogwarts Legacy players will be the disk space requirement. It wants 85GB of storage, and while the minimum requirements do say that HDDs are supported, the developer strongly recommends using an SSD. It's possible that running the game from an HDD could result in significantly degraded performance.

Hogwarts Legacy launches on February 10th, about a month from now. If you don't have the hot hardware required to play it with high settings, don't worry: it's also coming to PS5 and Xbox Series consoles, as well as a no-doubt diminished experience on the PS4, Xbox One, and Switch consoles. The developer's been posting regular updates showing off the game's environments; you can check those out over on Steam.