Back in early October, Microsoft gave us a first taste of its Surface Neo dual display folding PC. In a way, the Surface Neo reveal was the culmination of a decade of anticipation that started when Microsoft's initial Courier concept first leaked.

The Surface Neo makes use of two displays that can fold rather than a single, flexible display (a la the ThinkPad X1 Fold). As such, customers will have new and innovative ways to interact with the device, which necessitates the use of the new Windows 10X operating system. Windows 10X is specifically designed to accommodate dual screen and folding displays.

For those that want to see what Windows 10X has in store, Microsoft has made available a new emulator along with accompanying tools to help developers begin the process of building and testing apps. Microsoft says that the emulator is currently in the preview phase, but will regularly see updates via the Insider program.

Windows 10X first foremost ditches the Live Tiles interface on the Start Menu and makes a few other tweaks to make things a bit tidier. Microsoft is also helping developers create apps that work across these three scenarios, with the company writing: 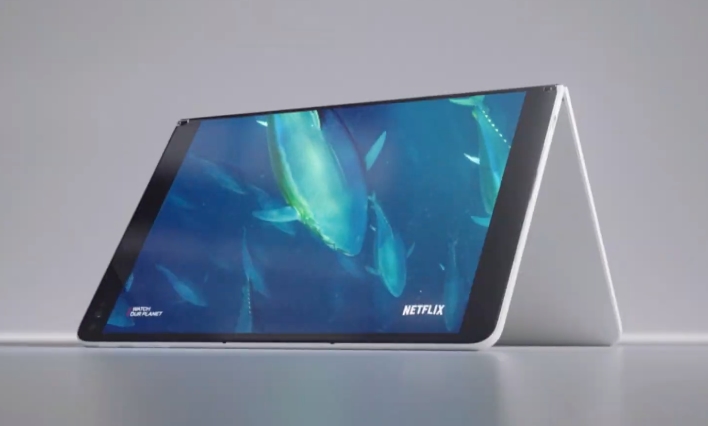 "This is just the beginning for creating enhanced experiences for dual-screen devices," writes Microsoft. "We are excited to work with you to idealize and innovate great dual-screen experiences."

You can download the Windows 10X emulator by clicking the following link.

In other Windows 10X news, Microsoft announced that the operating system will be much faster at applying major updates. In this case, Windows 10X can download an OS update, and then switch to the newer version once the machine is rebooted; the process is said to take less than 90 seconds according to The Verge. Microsoft is able to achieve this because operating system, driver, and app updates are all treated as separate entities allowing users to get back up and running quicker.