Halloween is almost here and it is time for a little virtual trick o’ treating. Nintendo has a treat for you and it promises that there are no tricks up its sleeve. Nintendo just released a free demo of Metroid Dread.

Nintendo Switch users can either download the free demo from Nintendo.com or the Nintendo eShop. The newly released game is only available and can only be tested out on the Nintendo Switch. It usually costs $59.99 USD and this is therefore a great opportunity to test it out before coughing up the cash. At the moment there does not appear to be an end date for the demo. Nevertheless, we would recommend picking up the demo soon if you are interested.

Nintendo states, “Experience the eerie isolation of a remote alien world, face a relentless mechanical menace, and power your way through a section of what Shacknews calls ‘a sci-fi blast of brilliance that fans and newcomers alike will more than likely enjoy.’” 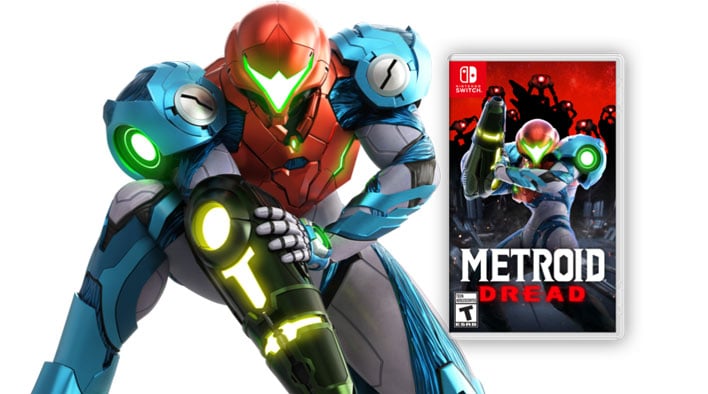 The release of the demo is a fun, rather old-school surprise. Video game demos are still occasionally offered like the recent demo of Capcom’s Monster Hunter Rise on PC. However, they have become increasingly uncommon. Developers appear to prefer enticing players with alpha and beta tests instead of demos of fully-developed games.

Metroid Dread is an action-adventure game that was developed by MercurySteam and Nintendo EPD, and published by Nintendo. It was released on October 8, 2021 and has been especially popular in the United Kingdom and Japan. Fans of the Metroid series were surprised when the game was announced at E3 2021 but have overall been delighted with it.

There are several other sales going on if Metroid Dread is not your vibe. Nearly every major developer is offering some kind of Halloween sale. If you are in a spooky mood, many of the Resident Evil and Devil May Cry games are available for less than $20. There are also various other Capcom, Ubsioft, EA, NIS America, and Warner Bros. games on sale. These deals are available on Nintendo.com and most go until early November.