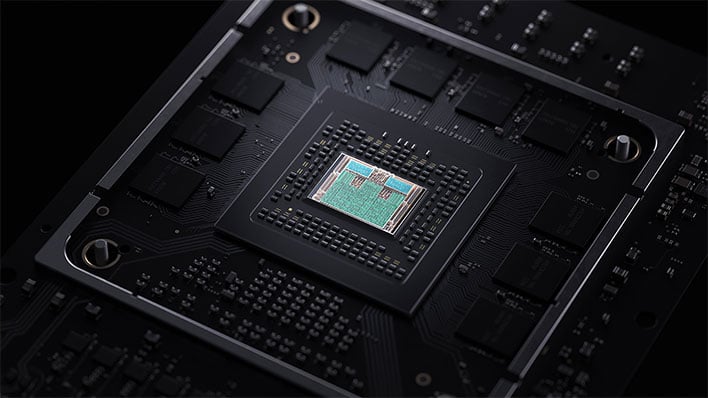 AMD has confirmed that some of the source code pertaining to its RDNA 2 graphics architecture used in Microsoft's upcoming Xbox Series X console and was posted to GitHub by a hacker who stole the data is legitimate, but downplayed the extent of the theft. According to AMD, the "stolen graphics IP is not core to the competitiveness or security" of RDNA 2.
"At AMD, data security and the protection of our intellectual property are a priority. In December 2019, we were contacted by someone who claimed to have test files related to a subset of our current and future graphics products, some of which were recently posted online, but have since been taken down," AMD said in a statement.
"While we are aware the perpetrator has additional files that have not been made public, we believe the stolen graphics IP is not core to the competitiveness or security of our graphics products. We are not aware of the perpetrator possessing any other AMD IP. We are working closely with law enforcement officials and other experts as a part of an ongoing criminal investigation," AMD added.
So, what exactly happened? Details are still coming out, but initially, a hacker managed to swipe some of AMD's source code and posted a snippet to GitHub. AMD then filed a DMCA take down request, which GitHub (owned by Microsoft) complied with, and the hacker subsequently posted supposed proof of more extensive source code in another GitHub listing.

The listing contains screenshots of folders, as well as the "This is Fine" meme. What you see above is a screenshot of archived folders pertaining to Arden, thought to be the codename for the custom RDNA 2 GPU found inside the Xbox Series X. Two other screenshots depict folders pertaining to Navi 10 (RDNA 1) and Navi 21 (RDNA 2, also referred to as 'Big Navi').
TorrentFreak claims to have been in contact with the hacker and said the person responsible valued the source code at $100 million, though it is not clear how they arrived at that figure. In the second GitHub upload, the hacker responsible said they are "not asking for $100 million" but "if AMD or anyone wants to settle it down with me for money," they are welcome to contact the hacker.
"If no one buys, everyone gets it FOR FREE!," the hacker wrote.
Circling back to AMD's statement, the company is essentially claiming that whatever code the hacker is possession of, it is not all that important. Whether that is actually true or not is impossible for us to determine at the moment.
RDNA 2 has not been released yet. It is the graphics architecture that will power both the Xbox Series X and Sony's PlayStation 5 consoles, along with a collection of next-generation Radeon graphics cards for PCs. At least some of those upcoming GPUs—including the ones in both next-gen consoles—feature hardware support for real-time ray tracing.
In speaking with TorrentFreak, the hacker claimed they "unexpectedly" discovered the source code "from an unprotected computer//server through some exploits, and that the files "weren't even protected properly or even encrypted with anything, which is just sad."
"I haven’t spoken to AMD about it because I am pretty sure that instead of accepting their mistake and moving on, they will try to sue me. So why not just leak it to everyone?," the hacker stated.