Besides offering up chaotic open-world action, one thing that Rockstar's games have done ever since Grand Theft Auto III is push the envelope in terms of technology. This is somewhat debatable up to Grand Theft Auto IV, which stunned audiences with its mix of macro-scale simulation and micro-scale detail. GTA V and the newer Red Dead Redemption 2 have continued this tradition, and both are still capable of putting the hurt on modern PCs. That's largely thanks to their forward-looking design that integrates features that contemporary systems weren't really ready for when the released.

The thing is, even though it just got a re-release on the current-generation consoles, GTA V originally released in 2013. The game's still fun, of course, especially the online mode that has seen continual updates over the years. The technology behind the title is getting a little dated, though, and fans of the series are understandably chomping at the bit for a new release. Rockstar has confirmed that GTA VI (or at least, the next GTA game) is in the works, but as usual, the company hasn't released any information about the title, nor mentioned a release window.
The leaks and rumors that we've heard so far place a hypothetical "GTA VI" at the end of next year, or even in 2025. That's a lot of development time, even if the company only moved into active development in the middle of last year, as is supposedly the case. In a time when almost every other development house (from Square-Enix to CD Projekt Red) is moving to the Unreal Engine, it seems like Rockstar will thankfully stick with its own in-house tech, known as RAGE. 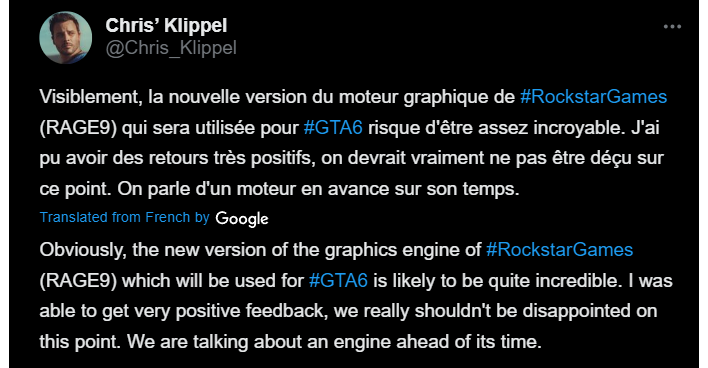 That bit of information comes from a tweet by Chris Klippel, who is among other things the creator of Rockstar Mag, a French-language gaming news site that focuses on topics surrounding Rockstar Games and its releases. You can see the tweet above. Chris says that he has been in touch with people who have seen the latest version of RAGE in action, and that its graphics engine is "assez incroyable." Chris describes the latest version as RAGE9, which is interesting; Rockstar doesn't talk about RAGE as a separate product from its games, likely because it doesn't license the tech.
It's not hard to imagine what sort of features the game engine might include to warrant that description. Heavy usage of ray-traced graphics will go a long way toward impressive presentation, but based on what we've heard in the past about GTA VI, it seems likely that the latest RAGE might be more impressive in its ability to scale content from infinitesimal details all the way up to gigantic cityscapes. We've seen demonstrations of similar technology in Epic Games' Unreal Engine 5, and given the nature of "GTA", such capability would be perfectly suited to the games. 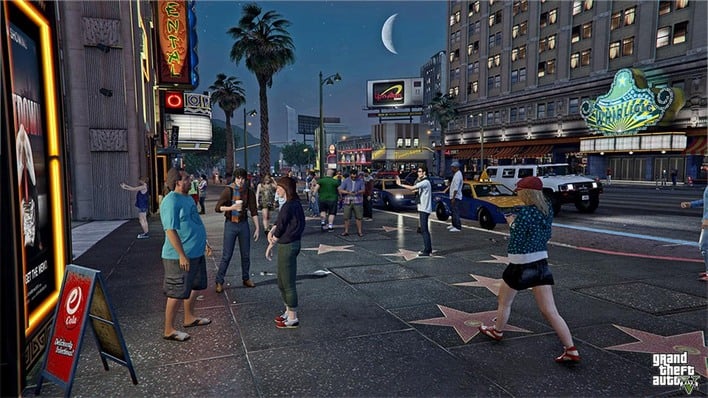 Another impressive characteristic in GTA VI might just be the NPC AI. Historically, Grand Theft Auto's NPCs have been extremely simple stand-ins mostly intended to give the scene a realistic look without having much in the way of personality or believable behavior. That could all change in the next GTA game, based on a patent filed in October 2020.

From what we've heard, the next Grand Theft Auto title will be set in Vice City once again, so look forward to exploring the city's tropical environs. No word on the chronological setting, though; it could be set as far back as the Cuban Missile Crisis, or it could be set in the modern day. We also don't know necessarily what platforms the title will appear for, but based on Rockstar's history, we'd expect it to be available for the PS5 and Xbox before it appears on PC later.