Google today confirmed what the whole world knew was coming—a new mid-range contender in the smartphone space, the Pixel 6a. Pricing will start at $449, less than half of what some premium flagship smartphone models command these days, and it features the same first-gen Tensor processor as the Pixel 6 and Pixel 6 Pro.
We don't have every little detail yet, but Google did reveal a few other tidbits at its Google I/O 2022 developer conference today (a two-day event). Google confirmed the Pixel 6a will have a 6.1-inch OLED display (1080p, 60Hz). That's smaller than the 6.34-inch screen on the Pixel 5a, and because of that, the Pixel 6a overall is about half the size, Google says.
It also sounds like the Tensor chip in the Pixel 6a is not a cut down version, either. Users who opt for the mid-range handset will still benefit from support for 5G connectivity, Titan M2 security, under display fingerprint sensor, and so forth. Google's calling this a "smart, powerful phone that delivers the helpful and personal Pixel experience at a great price." 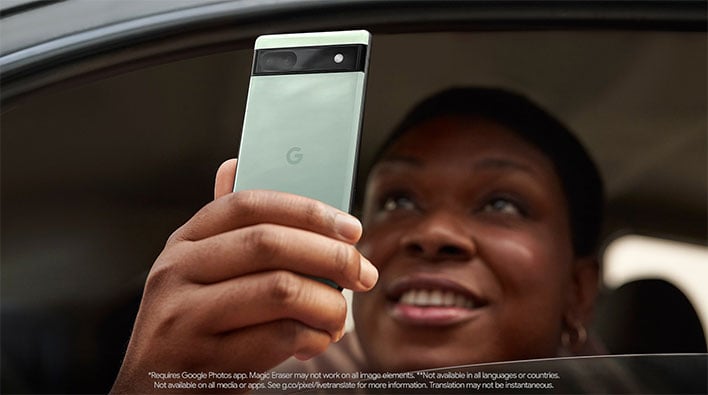 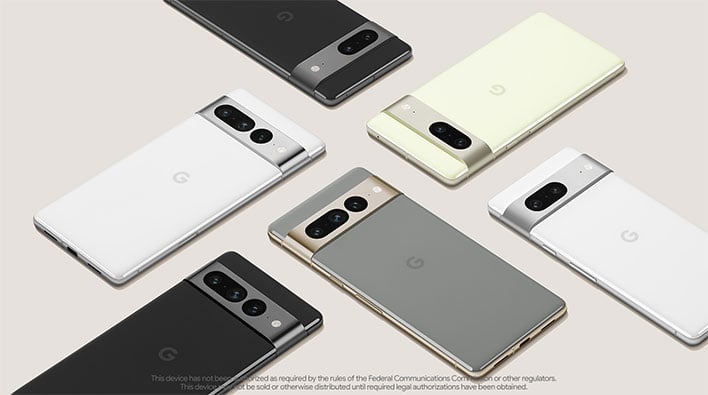 In addition to the Pixel 6a, Google quickly previewed it's next-gen Pixel 7 and Pixel 7 Pro. Google's keeping the same overall design language with the horizontal bar on the back, but it will be made of aluminum and weave over onto the side of the handset.
Google isn't ready to say a whole lot about the Pixel 7 series, though it did mention it will have a next-gen Tensor chip and various color options—Obsidian and Snow for both models, plus Lemongrass for the Pixel 7 and Hazel for the Pixel 7 Pro.
No release date was mentioned, but given that it will ship with Android 13, we're likely looking at an October launch.