Google finally released the Pixel update it halted abruptly last month, and many owners are praising the improved performance they are seeing with their phones. The update, that was supposed to have released in December, aims to fix some annoying bugs and give users the performance they thought they were going to get when the Pixel 6 and 6 Pro launched.

Those who bought Google's latest line of Pixel smartphones back in October of last year, were met with some extremely annoying bugs. Perhaps the most annoying was the under-the-screen fingerprint sensor, that seemed to only work when it felt like it. Google was supposed to release an update in December of last year, but decided to halt the rollout after users who had received the update began complaining about connectivity issues. The tech giant even reached out to some of those who were dealing with the connectivity issues to help test a fix. Pixel owners finally received the highly anticipated update yesterday, and so far many users are giving it high praise.

Pixel smartphone owners are used to dealing with bugs when a new line of the phone launches, typically because the launch of the new phones lines up closely with a new release of the Android OS. But when the Pixel 6 and 6 Pro launched, a lot of users were not only met with a few expected new Android OS bugs, but also a very finicky under-the-screen fingerprint sensor, other performance issues and app crashing. This did not bode well for Google, as Pixel 6 owners took to the internet to voice their frustrations. As you might imagine, Google likely did lose a decent amount of unit sales, because people were hesitant to buy a phone with so many reported issues.

But there is light at the end of the tunnel, or so it seems, for many who have received January's update. Pixel 6 users began posting quickly on the GooglePixel Reddit page that they were seeing an improvement in performance and that the fingerprint sensor issue has been resolved. One post stated, "wow all the bugs I had before are seems to be gone now and my phone becomes very responsive and very fast!!! woohooo they should have done this from the release date!!" Another posted, "The update made my P6P so buttery smooth it slips off the couch. Oh wait." 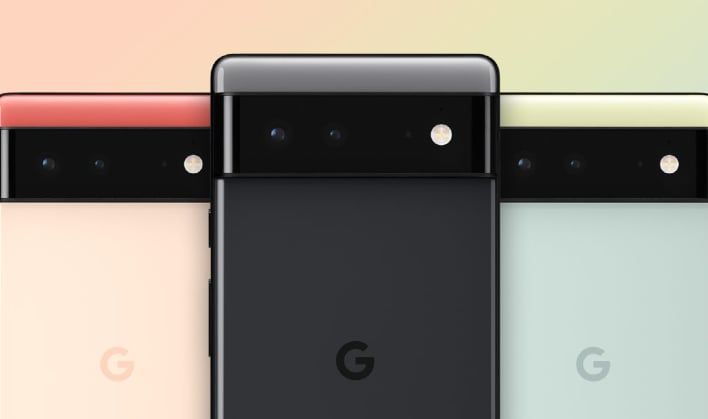 Not all users were reporting improvements, however. One person responded to another who complained they were still having issues using the dictation feature, "I experience dictation repeats also, not just in text messages - happens in Gmail too, or anywhere I dictate. Also, can happen anytime before or after hitting send. Not fixed in January update. Probably not an OS issue. I think more likely it's a Google Assistant or Gboard issue." We at HotHardware can also verify that this bug does still in fact exist, as HH Editor In Chief Dave Altavilla reports he's still seeing this anomaly.

Another person said that the update did not fix the fingerprint sensor issue for them and was actually slower and less responsive. There was one who said, "It feels the same to me. All the improvements seems like placebo." Others seemed to be having Wi-Fi and battery issues after downloading the new update.

And what Reddit post would be complete without a few having fun with the pain of others. One chimed in, "I was bald yesterday and after the January update I look like thor now! Thanks Google!" Another responded, "Be specific... Endgame Thor? (Am still sitting on the "Optimizing" screen. Who knows what could happen?!)" Owners of older Pixel phones were surprised to find they also had received the latest update. One person stated on Reddit, "I thought I wasn't supposed to be getting updates anymore with a 3! Was surprised to get it." A Pixel 3a XL owner said they received the update as well.

It is not surprising that not all issues were resolved following January's update. Google seemed focused on fixing the major issues, like the under-display fingerprint sensor and connectivity issues. Some of the other issues owners were posting about on Reddit will more than likely be addressed in future updates. But for those who have been struggling with a very hit or miss fingerprint sensor and other quirks, this update is extremely welcome and overdue.