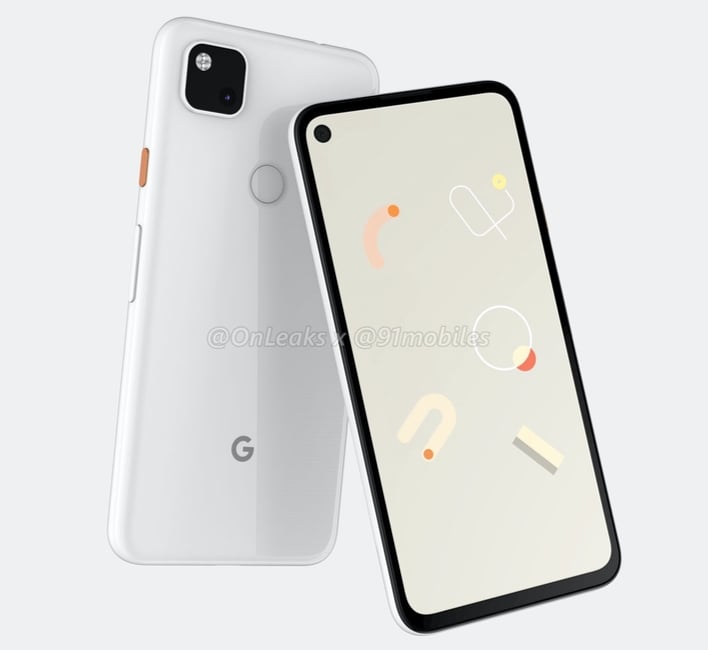 The Google Pixel 3a and Pixel 3a XL were two of the surprise smartphone hits of the 2019, taking much of the design (and camera) prowess of the Pixel 3, but wrapping it in a plastic body with a mid-range CPU at a much lower price. Given that not everyone needs flagship-caliber hardware (or the price tag that is associated with it), the smartphones became hot sellers.

Google is looking to follow-up on that Pixel 3a success with the Pixel 4a, and the first alleged renders of the smartphone have been revealed. They come courtesy of OnLeaks and 91mobiles, and are reportedly based CAD leaks. They show a chassis design that looks like a mashup of the current Pixel 3a and the Pixel 4. On the front, the smartphone has a punch-hole display, which helps to minimize the rather large bezels on its predecessor. 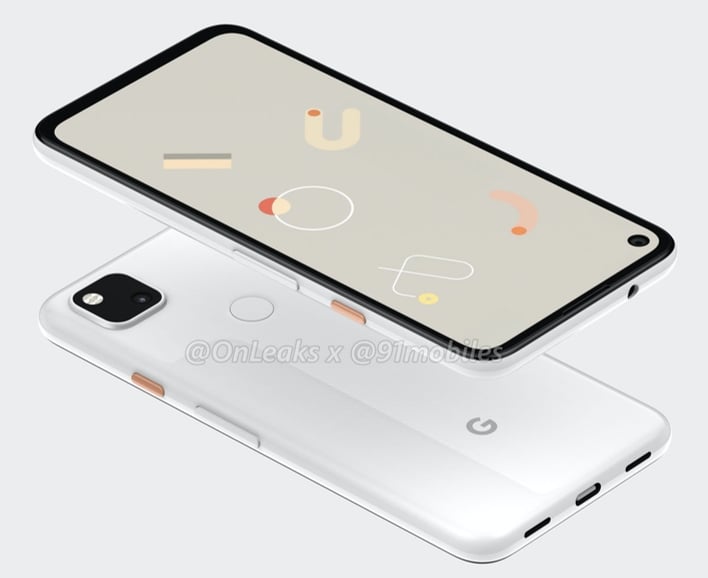 Out back, we see the return of the centrally mounted fingerprint reader. Given the "budget" positioning of the "a" family, Google has no incentive to adopt more expensive in-display fingerprint sensor technology seen on other Android flagships or the Face Unlock feature found the Pixel 4. One curious design choice on the back is the fact that Google is using a rather large square camera pod, even though the Pixel 4a only has a single camera. We're certain that this design choice is to align the Pixel 4a with the Pixel 4, but it still looks rather odd to see all of the dead space surrounding just a single camera and LED flash.

Other items of interest include the mention that the Pixel 4a's display will measure either 5.7 or 5.8 inches across, which is a slight step up from the 5.6-inch unit on the Pixel 3a. There's no word on how big the display will be on the Pixel 4a XL. In addition, the 3.5mm headphone jack returns, along with the familiar USB-C port for charging. 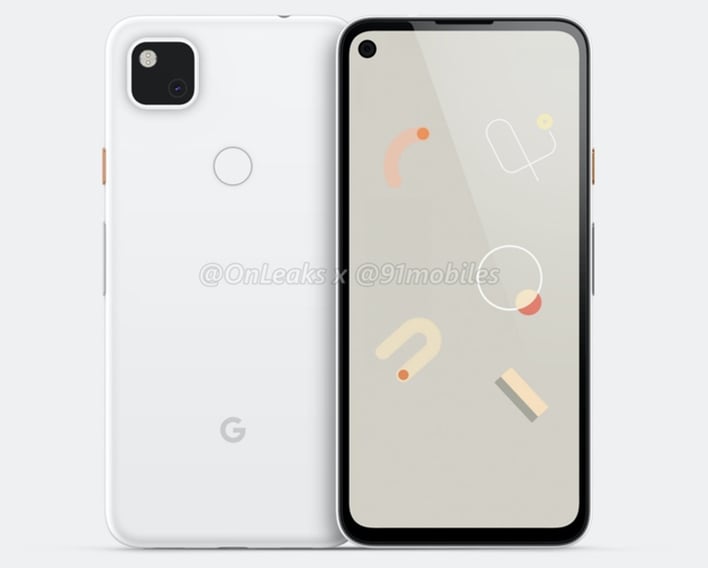 What's less clear is what kind of hardware will be featured inside the Pixel 4a. The current Pixel 3a family makes use of the Qualcomm Snapdragon 670 SoC, so the Snapdragon 730 would seemingly make a good fit for its successor. However, the wild card choice could be the Snapdragon 765, which was recently announced by Qualcomm. This is a mid-range SoC that includes an integrated 5G modem, and is already being installed in Chinese smartphones at around the $300 price point. The only "problem" with this selection is that it would give the Pixel 4a a crucial advantage over the flagship Pixel 4/Pixel 4XL, which only support 4G LTE connectivity.

Stay tuned, as we're certain to hear more about the Pixel 4a family in the coming weeks in months leading up to a likely Spring 2020 launch. In the meantime, be sure to check out our review of the Pixel 3a XL.