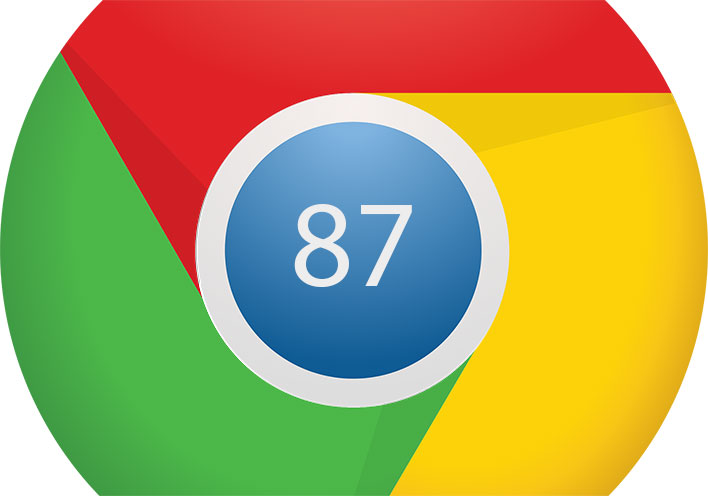 Have you updated to the latest version of Google's popular Chrome browser yet? You should, because as far Google is concerned, this month's update delivers the biggest performance gain in years, the result of several tweaks and improvements it made underneath the hood of the Chromium-based browser. Google is also touting better battery life on laptops.
The update to Chrome version 87 also represents the last Chrome release until next year, Google says. On most PCs, Chrome will eventually get around to automatically updating itself, but if you want to force the issue (or simply check which version you are running), click the three dots in the upper-right corner of the browser and navigate to Help > About Google Chrome.
One of the improvements Google made with version 87 is the prioritization of active tabs versus everything that is open. According to Google, this reduces CPU usage by a factor of five, and can extend battery life by up to a remarkable 1.25 hours, based on its internal benchmarks. I'm not sure which exact benchmarks it is using, but that is an eye-popping claim.
Google also claims that Chrome initiates up to 25 percent faster, and loads webpages up to 7 percent faster, while using less power and RAM. Or in other words, it is a more nimble and power efficient browser, with the latest engine optimizations. And on Android, Google says Chrome loads pages "near instantaneously" when navigating backward and forward, "making these common tasks super fast."
Beyond the performance improvements, Google has added some new features as well, like a new tab search in the toolbox.
"You’ll now be able to see a list of your open tabs—regardless of the window they’re in—then quickly type to find the one you need. It’s search … for your tabs! The feature is coming first to Chromebooks, then to other desktop platforms soon," Google says.
Google expanded what you can do in the address bar as well, with Chrome Actions. These are basically typed shortcuts, like "edit passwords" or "delete history." The initial batch is focused on privacy and security, and only available on the desktop, but will expand over time.
While none of this is game changing, I have to wonder if the focus on speed improvements and new features in one fell swoop is a result of Microsoft porting Edge to Chromium. As things currently stand, Chrome is used on around two-thirds of all PCs, according to the latest market share data by Stat Counter, whereas Edge (Chromium version) has a 2.85 percent share of the browser market.