While the Android ecosystem moved in large part to support 64-bit architectures way back in 2014 with Android 5.0, one of the most commonly used web browsers has lacked 64-bit support. Chrome has only been offered for Android devices in 32-bit form, but that is now changing. Chrome 85 finally brings a 64-bit version of the popular browser to Android devices.

Current stable builds are version 83 and version 84, which are both 32-bit apps. However, it has been confirmed that Chrome Dev and Chrome Canary for Android are both 64-bit software. What this means for users is faster operation and consistently better scores on benchmarks like Octane 2.0. Improved performance on benchmarks should equate to improved performance in daily use for most Android users. 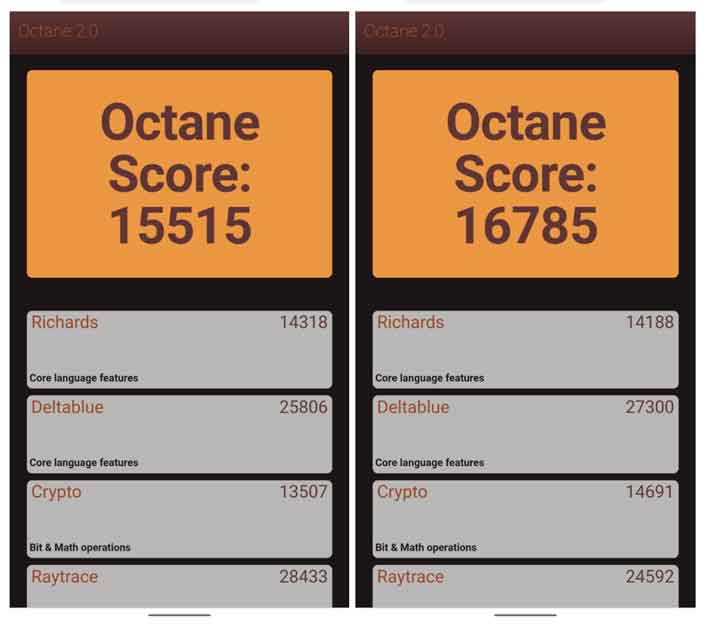 In the Richards test, the 32-bit browser scored 14,318 compared to the 64-bit browser scoring 14,188. The 32-bit browser is also faster in the Raytrace benchmark by a significant margin scoring 28,433 compared to the 24,592 points the 64-bit version put up. There are some reports that a 64-bit version of Chrome Beta 84 is floating around, but anyone wanting to try a 64-bit Chrome flavor is only sure to get that version by using Chrome 85 or 86 on a device running Android 10 or higher.

In other Chrome for Android news, late last month, we learned that the browser was gaining a tap for definition lookup feature.