Google Chrome, destroyer of RAM, is getting some updates this week that make it a little more conservative. Included in the update are “under-the-hood” performance boosts, tab grouping, mobile UI redesigns, and more.

First up is the performance uplift. For quite some time, Google Chrome has been known as a bit of a resource hog. Now, Google aims to change some of that with this update and claims that you could see “Chrome tabs load up to 10 percent faster.” To do this, the Chrome team implemented two things: Profile Guided Optimization and Tab Throttling. The profile guided optimization is a way in which code is compiled and allowed to run faster for commonly run tasks. Tab throttling is exactly as the name states, by which Chrome will throttle background tabs to reallocate resources to other active tabs. These new features result in greater performance while also improving “battery and memory savings.”

For the mobile Chrome users among us, switching tabs was never quite easy. Now, introducing touch-friendly tabs looks to take care of that. On mobile devices (with Chromebooks coming first), users will be able to open the tabs menu which will slide down a scrolling row above the browser. This window will have a preview of the tabs making it easy to select and reorganize everything with the swipe of a finger. Also, on mobile, if you go to enter a URL and already have it open, you will be given an option to switch to that tab. If you to share a URL, you will be able to create a QR code with the familiar Google Dinosaur in it to share out to the world. Those last two features will be rolling out to Android soon. 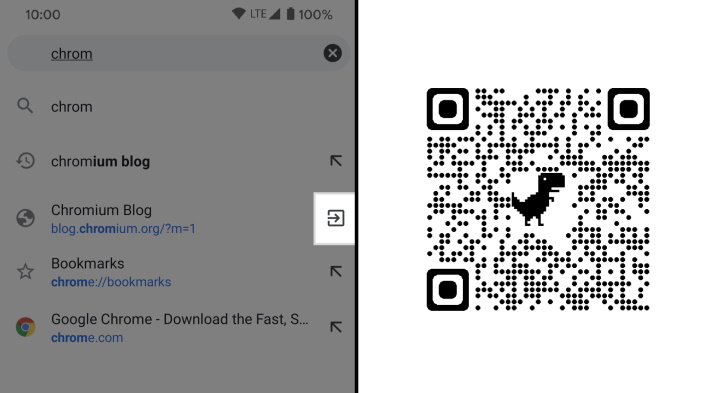 With mobile devices getting nifty additions, the desktop edition of Chrome is due for some love. This first big feature is for the folks who like to have all their tabs open at once but get lost in them once they get going. To solve this, Google Chrome is introducing tab grouping. With this feature, users will be able to group, label, and color code collections of tabs in their browser. This allows users to group tabs however they want, by type, priority, or anything they can think of.

Similarly, hovering over a tab will popup a small preview window going forward. This will make it even easier to go through your tabs (which you hopefully already organized with the tab grouping feature). Finally, users will now be able to fill out PDFs in Google Chrome. They can view the original PDF or their edited version and pick up where they left off.
Overall, Google has made some handy updates here.  These changes to performance and design improve the overall end-user experience and make Google Chrome just a little more viable for day-to-day use.  You can get these updates and be on the cutting edge of Chrome by updating their app on whatever platform you are on or joining the desktop beta here.