Bungie has been dropping tidbits of information about the upcoming The Witch Queen expansion through trailers and This Week at Bungie posts (TWABs). We so far know a little about some of the coming changes, but next to nothing about weapon crafting or new armor and weapons. The most information we have received so far has come from a rather unexpected place. A teaser trailer that has been making the rounds through Google Adsense recently showed off four new Destiny 2 weapons. As this advertisement does not seem to have been officially released by Bungie yet, we would like to warn that there are **spoilers ahead**. 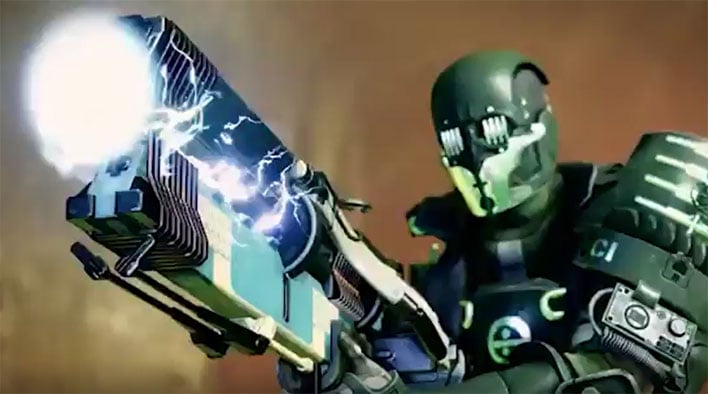 The first weapon appears to be some kind of machine gun or linear trace rifle that fires lightning. Based on the trailer, we theorize that this is likely a slow-firing but high-impact weapon. It is unclear if this will be a Legendary or Exotic weapon. It is noted in very small text at the bottom of the trailer that a seasonal pass will be required to access it. One Reddit user remarked that the gun is quite similar to the Cabal Slug Launchers favored by the Cabal Colossus troops. Perhaps the machine gun is a gift from our new ally Empress Caiatl? 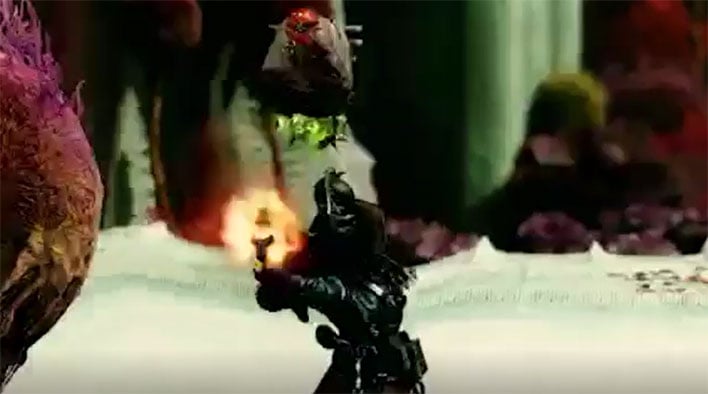 The second weapon seems to be a grenade launcher that shoots Hive worms. These Hive worms leave a trail of poisonous fumes which could potentially lead to good splash damage. We would bet good money that this will be an Exotic weapon, but nothing is confirmed. All we know right now is that we desperately want it.

The third weapon is likely the Exotic SMG called Osteo Striga. We do not yet know the SMG’s exotic perk, but we think it may have a perk similar to the Exotic Hand Cannon Thorn’s "Mark of the Devourer" based on the trailer. Mark of the Devourer causes "Rounds [to] pierce targets and cause lingering damage over time." Kills with Thorn leave behind "Remnants" that can "strengthen Mark of the Devourer and partially [refill] the magazine." There are not many "poison" weapons in the game and this kind of perk would make sense in an expansion focused on the Hive. It also would fit with our theory that there will eventually be another Darkness subclass in Destiny 2 based on poison or decay. 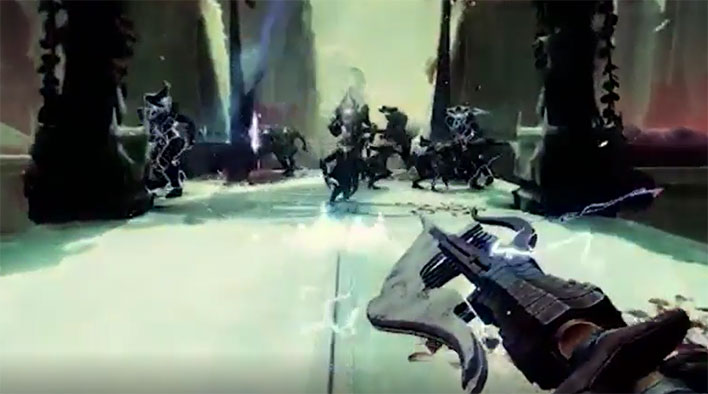 The final weapon is clearly a glaive. This will be a new weapon type in the game and will be part of the upcoming weapons crafting system. There are several glaives in the trailer of various elemental types. Bungie noted this past summer that, "We'll have more to share on the Glaive in the future, including class-specific Exotic variants with unique attacks."

Bungie has so far primarily released trailers that highlight Savathûn’s Throne World, the new location in the expansion. Many players are excited to explore the new world but are more curious about the new weapon crafting system, as teased in the Google Adsense leak. Bungie will hopefully offer more information about weapon crafting and other gear soon. Destiny 2: The Witch Queen is set to release on February 22nd, 2022.