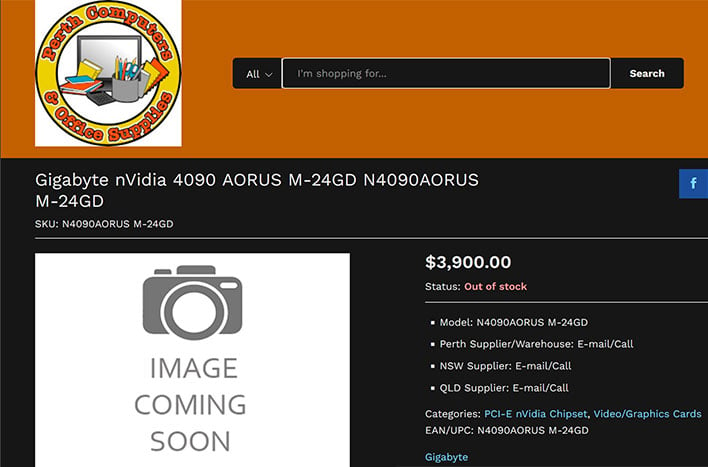 Two separate retailers have divulged two SKUs and pricing. Australia’s PCAOS has listings for both the Gigabyte Aorus Master ‘N4090AORUS M-24GD’ and the Gigabyte Gaming OC ‘N4090GAMING OC-24GD’. The other leaky source, Computers Perth lists just the former model. Prices range from AUD3,900 to AUD4,550, which in USD is from $2,670 to $3,115 at the time of this writing. However, Australian retailers include 10% sales tax (GST) in consumer product listings, so US prices could start at $2,399 if Nvidia isn’t charging Australians a premium. 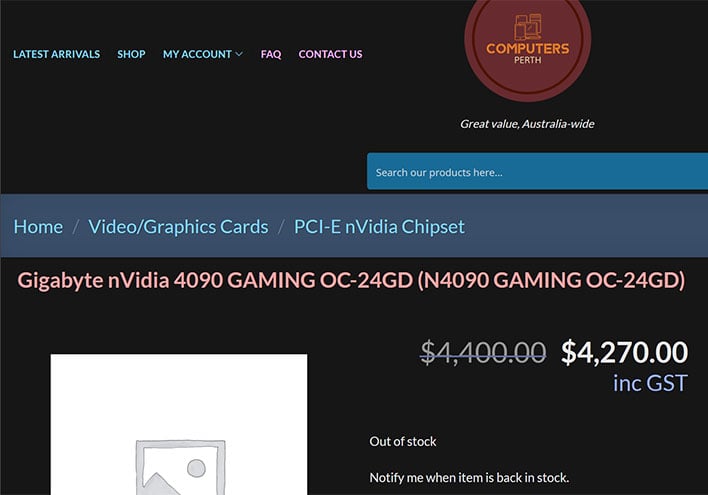 Sadly, the retail listings contain little more than (AUD) pricing and the SKU numbers of the products. There are no pre-order or release dates, no pictures, specs, or anything else. However, Gigabyte’s SKU codes include the RTX 4090 memory quota (24GB), and we see that it has prepared some factory overclocked models, presumably for day one orders.
In the intro, we mentioned that readers should be cautious with these prices. One other source of concern here is that the cheapest model listed is an Aorus branded one. Aorus is Gigabyte’s premium gaming line, so in current and previous generation graphics cards they usually command a premium. Thus, something is definitely fishy with the pricing in Australia.
After Nvidia’s GeForce teasers on social media, and a blog post about a GeForce Beyond Special Broadcast scheduled for Sept 20 at 8am PT, there is little doubt Nvidia will announce the Ada Lovelace architecture RTX 40 series graphics cards a week from next Tuesday. Hopefully we will get a full rundown of Nvidia’s launch lineup pricing, as well as all the other juicy details we are keen to see—relative performance in popular PC games and apps, full specifications, release dates, and more.