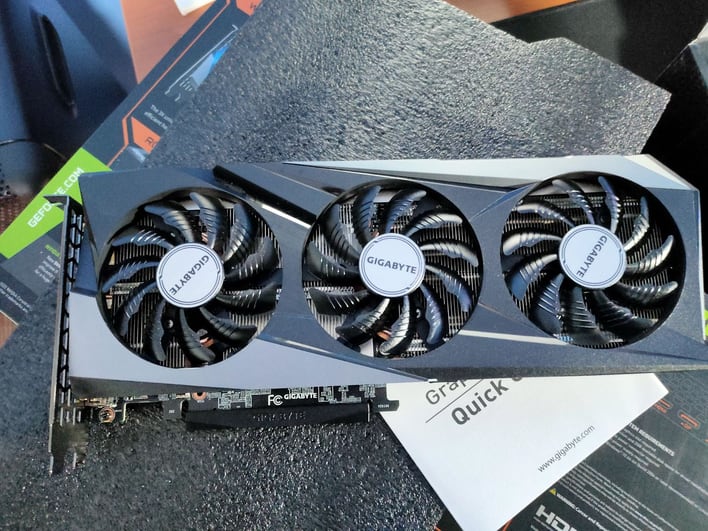 NVIDIA's GeForce RTX 3060 Ti is reportedly set to launch on December 2nd, which is just a couple of days away. We've already seen a ton of information leak concerning the newest budget entry in NVIDIA's Ampere family of GPUs, and there has been a considerable number of leaked specs that have made their way to the internet.

But today, we actually have a look at a card that was delivered to a customer ahead of schedule. In this case, we're getting a look at the GeForce RTX 3060 Ti GAMING OC. This is a 2-slot design with triple fans and a single 8-pin power connector. The card has an aluminum heatsink and a full cover backplate (with included cutouts for improved airflow) according to the images provided to VideoCardz. 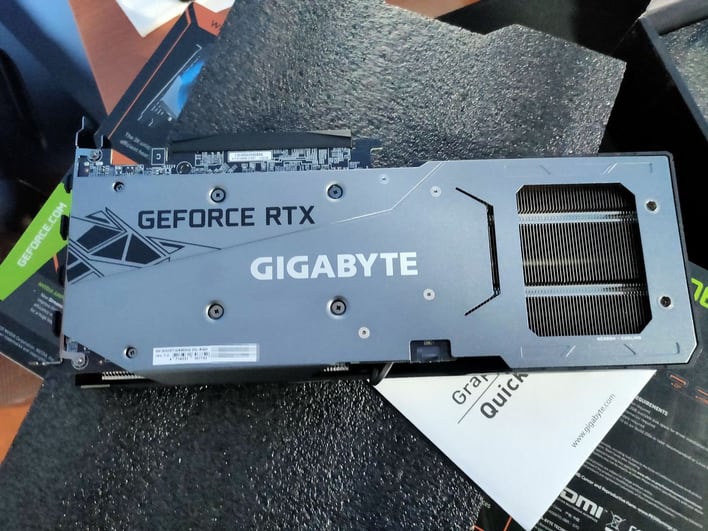 The big question, however, will be how strong demand will be for the GeForce RTX 3060 Ti when it arrives on the scene. Despite it being a less performant version of Ampere, we imagine that there are still plenty of gamers that will be lined up to obtain this relatively affordable card. So, expect to see quick sellouts just like all previous members of the GeForce RTX 30 Series.