The evidence that a GeForce RTX 3060 Ti release is right around the bend is piling up. Every day seems to bring a fresh leak or rumor, and today is no exception—purported benchmark scores of NVIDIA's unannounced card have shown up at two different places, those being the Ashes of the Singularity database, and over at Geekbench.
Before we get to the benchmark numbers, let's recap the leaked specifications. An apparent GeForce RTX 3060 Ti listing by Manli seemingly confirms the card will ship with 4,864 CUDA cores and 8GB of GDDR6 memory (14Gbps), with a 256-bit memory bus delivering 448GB/s of memory bandwidth. Manli's listing also showed it having a 1,410MHz base clock and 1,665MHz boost clock.
If that is the case, the memory arrangement will be the same as the GeForce RTX 3070, with fewer CUDA cores (and probably fewer RT cores as well). So we would expect performance to obviously be south of the GeForce RTX 3070, but relatively close.

The Ashes of the Singularity listing reinforces that notion. Paired with an Intel Core i7-8700K processor and 32GB of RAM, the listing shows the GeForce RTX 3060 Ti scoring 7,900 at the Crazy 1080p preset. How does that compare to other cards? Let's have a look... 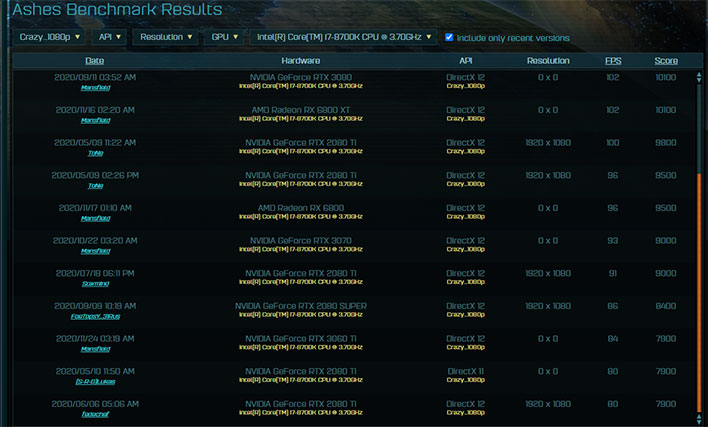 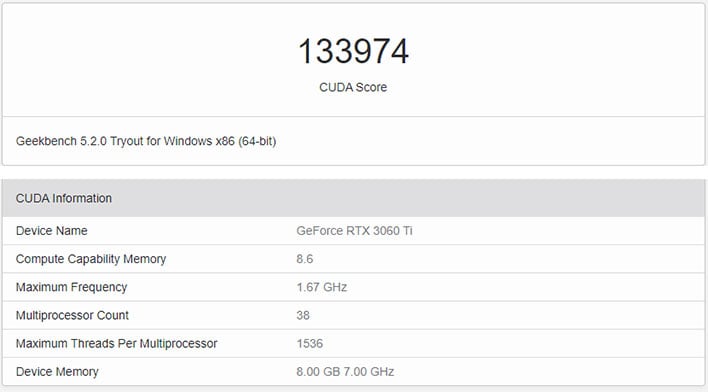