A YouTuber has shared a video online demonstrating that it is perfectly feasible to indulge in some Genshin Impact PC gaming at '13K', and achieve an average of 30 frames per second, using one of NVIDIA's latest and greatest (and supremely power hungry) consumer GPUs. Of course, we are talking about the beastly NVIDIA GeForce RTX 4090.

With the launch of NVIDIA's first Ada Lovelace architecture GPUs, spearheaded by the awesomely powerful GeForce RTX 4090, gamers started to realistically look beyond 4K gaming. Display makers have started to proliferate 5K monitors, and TV makers are itching to upgrade everyone to 8K screens. However, no one expected people to start testing modern PC games at 13K. For a reference point, this many megapixels is equivalent to outputting to between eight and nine 4K screens simultaneously—and the PC system still managed a console-like playable frame rate. 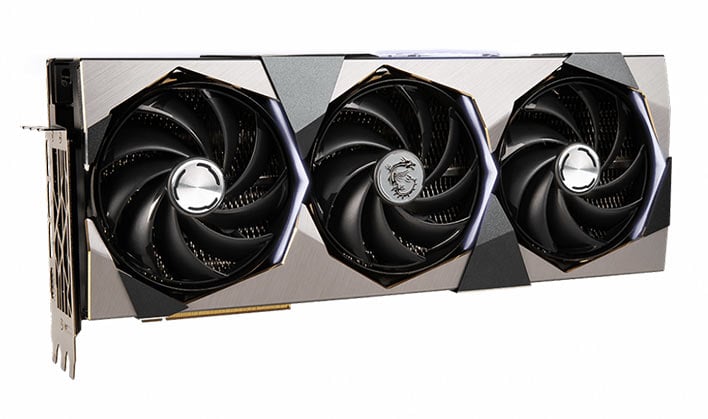 The game was run at 13,760 x 5,760 pixels, which the source reckons equates to a 13K resolution, though some might have been bold enough to call it '14K gaming'. This pixel resolution equates to 79.26 megapixels per frame. Impressively, the RTX 4090 has the muscle to deliver this megapixel mayhem at an average of 30fps.

Genshin Impact might be demanding for mobile platforms, and some consoles, but its requirements are rather low for PCs in 2022. An NVIDIA GT 1030 is capable of playing the game at the entry-level, though a GTX 1060 is the recommended GPU.

There are a few provisos about the impressive result from YouTuber Golden Reviewer, so let us have a closer look at the Genshin Impact 13K demo. Of course, the YouTuber doesn't have a 13K monitor for testing purposes, as such a thing isn't yet available, and the resolution was attained via upscaling technology. Nevertheless, the fineness of the upscaled rendered image was demonstrated by zooming into sections of the game, and at up to 500% the image stayed absolutely sharp.

In-game 3D models and vectors scale wonderfully, but another important ingredient in contemporary video game imagery is textures. These were clearly not designed for 13K gaming, and when looked at closely revealed some softness.


Lastly, if we look at Golden Reviewer's PC specs, we see the RTX 4090 is supported by an Intel Core i7-10700KF, 64GB RAM, and SSD storage. Though the processor is a couple of generations old, we can see from the on-screen stats that it is definitely not holding back this GPU at 13K. Most of the time, the GPU utilization is close to max, but we never see the game's strain on the processor rise above 20%.