If you’ve had your eyes on the GeForce RTX 3070 — and we know that many of you probably are after reading the HotHardware review earlier this week — you better have your index finger at the ready this morning. Even though NVIDIA delayed the launch of the GeForce RTX 3070 by two weeks to have ample supply of the cards in the channel for customers, at least one major online retailer isn’t expecting its stock to last very long.

Late last night, Newegg tweeted that while it “will have more inventory than previous 30 series launches” on hand, it still anticipates that cards will sell out within minutes. That doesn’t give us much confidence that NVIDIA has managed to get a grip on its Ampere GPU production ramp, especially after CEO Jensen Huang already told us that "demand will outstrip all of our supply through the year."

🚨PSA: Tomorrow at 6am PT, we'll be releasing the @NVIDIAGeForce RTX 3070 video cards. We will have more inventory than previous 30 series launches, but do anticipate it to sell out in minutes. https://t.co/kV5Wu68JSZ 1/7 pic.twitter.com/VMURWfvl4u

NVIDIA has made it clear that it has made more GeForce RTX 30 Series cards available during than any of its previous [new generation] GeForce launches, with Huang adding that we are simply witnessing a "demand issue that is much greater than we expected - and we expected really a lot."

And there will be incredible demand for the GeForce RTX 3070, which delivers GeForce RTX 2080 Ti rivaling performance at just $499. So, despite the reports that the initially supply is considerably larger than what was previously available with the GeForce RTX 3080 and RTX 3090, we'll have an even larger pool of potential buyers given the lower pricing point ($499 versus $699 and $1,499 respectively). 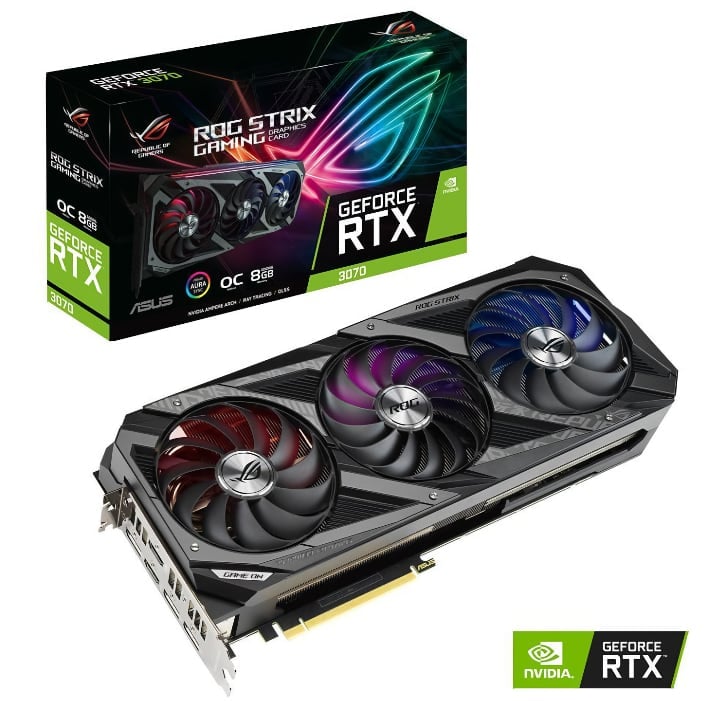 With that being said, we're providing you some quick links below to the GeForce RTX 3070 cards that you will [hopefully] be able to purchase starting at 9am ET.

Best Buy will also have a handful of cards on sale as well, including exclusive access to the NVIDIA Founders Edition: