Will NVIDIA end up adding a GeForce RTX 3060 Ti to its Ampere series? We are unable to say for sure, but the leaks are starting to pile up. One of the more potentially telling indications that a GeForce RTX 3060 Ti is in the cards—and maybe very soon—is the fact that ASUS appears to have registered a whole bunch of models with the Eurasian Economic Commission (EEC).
The EEC website is one of the better places for leaks, at least as opposed to some random person posting to a random website, oftentimes with a blurry photo or screenshot (yeah, I'm a little jaded with that nonsense, can you tell?). As sometimes happens, unreleased parts get registered with the EEC, then are announced relatively soon after.
In this case, here is what we are looking at... 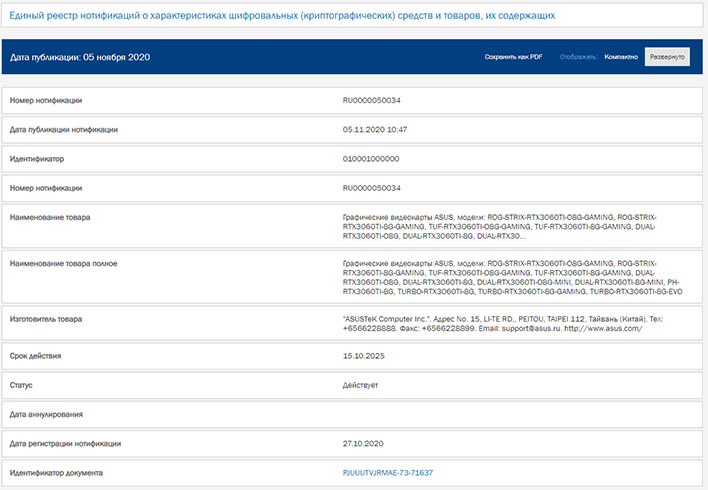