It has been nearly three years since the GeForce GTX 1650 released to retail, and yet a quick check of the best-selling graphics cards on both Amazon and Newegg shows that it tops the charts. How is it that a 34-month-old graphics card is the top selling GPU on two major online retail sites? Quite simply, it's a reflection of the kind of year it has been.
As noted in our GeForce GTX 1650 review in 2019, it's not a bad card, as at the time it offered budget gaming performance on NVIDIA's then-latest generation Turing architecture. But even in 2019, we noted it was a "tough sell for all but a small subset of users" at its introductory $149 because of other options on the market. 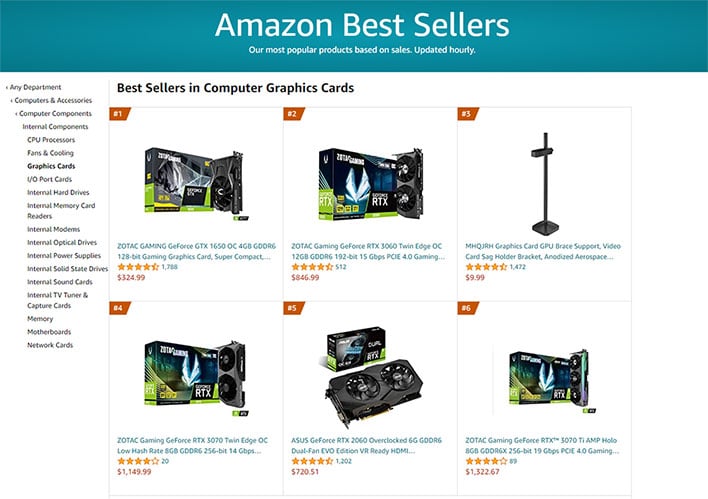 That was then and today is a very different landscape. The best-selling graphics card on Amazon is the Zotac Gaming GeForce GTX 1650 OC, and for the past six months it has averaged over $300, twice the MSRP of a reference model. And over on Newegg, the MSI Ventus GeForce GTX 1650 sits at No. 1, and it currently sells for $354.99.
These rankings underscore how desperate PC gamers are to get their hands on a GPU, any GPU, to play titles on their platform of choice. A combination of a silicon shortage, cryptocurrency mining, and rabid demand (both AMD and NVIDIA are selling GPUs like gangbusters) have created a situation in which a three-year-old card can outsell newer GPUs that are faster, more fully featured, and in normal times would offer a far better value. 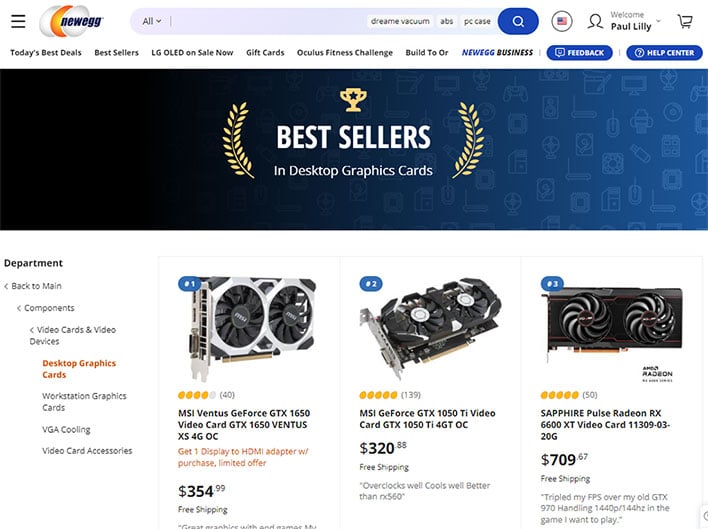 It's not all that shocking that a Turing card is racking up the most sales. NVIDIA recently brought back its last-generation GeForce RTX 2060, refreshing the card with double the amount of memory (12GB GDDR6) and bumping up the number of CUDA cores to 2,176 (from 1,920). The refreshed GTX 2060 suggests it is a bit easier for NVIDIA to source 12nm chips from TSMC, compared to the 7nm silicon that underpins its GeForce RTX 30 series (Ampere).
Here's hoping things will ease up a bit in 2022. It's probably unrealistic to expect the shortage will end entirely next year, but it should at least improve. There will also be a third player in the discrete GPU scene, with Intel entering the fray with its Arc Alchemist lineup (and then Battlemage in 2023).