Fortnite Is Heading Back To iPhones With This Clever Workaround 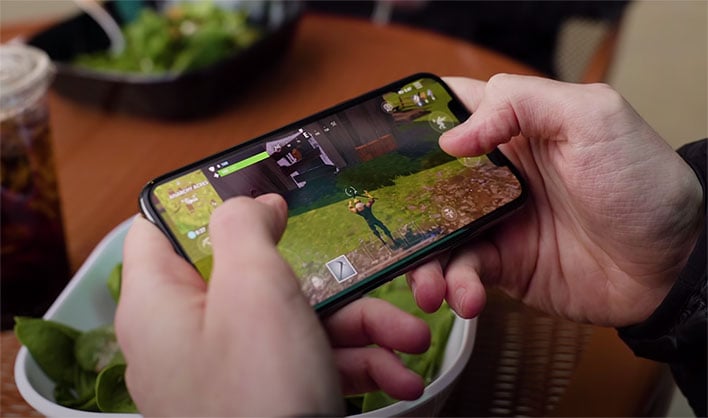 It does not appear as though Epic Games and Apple are close to kissing and making up, which means Fortnite remains a no-show in the App Store. However, that does not necessarily mean there is no way to play it on an iPhone or iPad device. Fortnite could be making a semi-triumphant return to iOS devices, and without Epic Games conceding its dispute with Apple. And NVIDIA would be the one to thank.
Say what, now? NVIDIA does not have a dog in this fight, but it does have a cloud gaming service. I am of course talking about GeForce NOW. The streaming service has been expanding its catalog of games, and also extending its reach, having added support for Chrome OS devices (Chromebooks, mostly) this past summer.
GeForce NOW is not available on iOS, at least not natively. However. NVIDIA has apparently built a version of GeForce NOW that runs in the mobile Safari browser on iOS devices, according to BBC. That would be a big deal for a number of reasons, if it is true.
Obviously that would mean iPhone and iPad owners would have access to one of the best cloud game streaming services around (GeForce NOW is better than Google Stadia in our opinion). And by extension, that means Fortnite would suddenly become accessible to iOS device owners, just as it was before Epic Games and Apple had a falling out.
In case you have not been following the situation, the Cliff Notes version is that Epic Games grew tired of forking over a 30 percent commission to Apple for in-game purchases made in Fortnite on iOS gadgets. It is the standard fee Apple charges all developers. So even though Epic Games agreed to the terms, it ended up pushing out an update that enabled in-game purchases that side-stepped the App Store, thereby avoiding any royalties owed.
Apple responded by booting Epic Games from its developer program and Fortnite from the App Store, and the matter has been working its way through the court system. One of the more recent rulings in the matter is that Epic's Unreal Engine should not be collateral (or retaliatory) damage in this whole mess, at least for now, but that Apple is allowed to block Fortnite.
The matter will go to trial next year, and there could be appeals that drag things on definitely. But at least for now, iOS device owners might have a new way to play Fortnite on their iPhones and iPads. There are caveats, though.
One is potential lag, which is an important consideration in multiplayer games. And secondly, the free tier of GeForce NOW limits players to one-hour sessions. They can join back as many time as they wish, but that can get annoying for longer play sessions. Otherwise, the Founders tier runs $4.99 per month, or a $24.95 for six months.