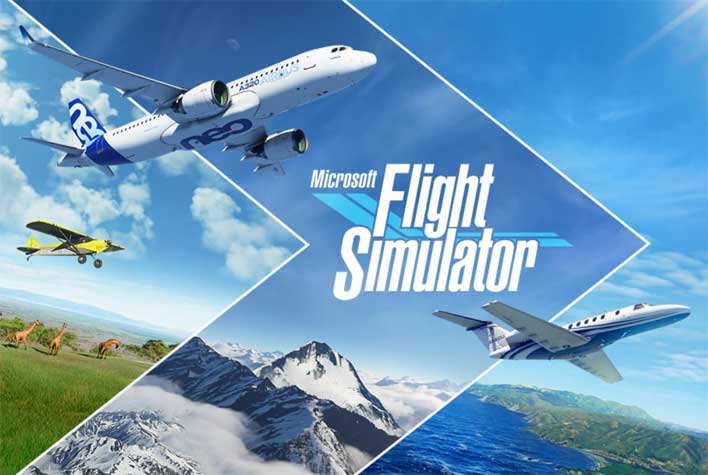 Simulation fans worldwide have been waiting in anticipation for Microsoft Flight Simulator to launch. The 2020 version of the game is packed with features that make it by far the most realistic flying simulation ever created. With the game available for preorder on Steam, we finally have a chance to see how many gamers are willing to plunk down their money. The answer is a bunch. The game has climbed to the top of the charts for Steam sales in many parts of the world.

Many gamers don't preorder video games, waiting until there are plenty of reviews, and they are sure their PCs will handle the game before buying. The latest edition of Flight Simulator is packed with very impressive graphics and needs a rather high-end computer to support all the bells and whistles, particularly at high resolutions. The game will launch on August 18 for PC.

One of the coolest things about this latest version of the long-running franchise is that it has a huge number of highly detailed aircraft and airports. The scenery is also photorealistic, with some players able to find their homes in the game world. Developers have also integrated software used by pilots in the real world, and the game boasts real-time air traffic. That means as you fly in the virtual world, you may run across aircraft that are flying the same sky in the real world.