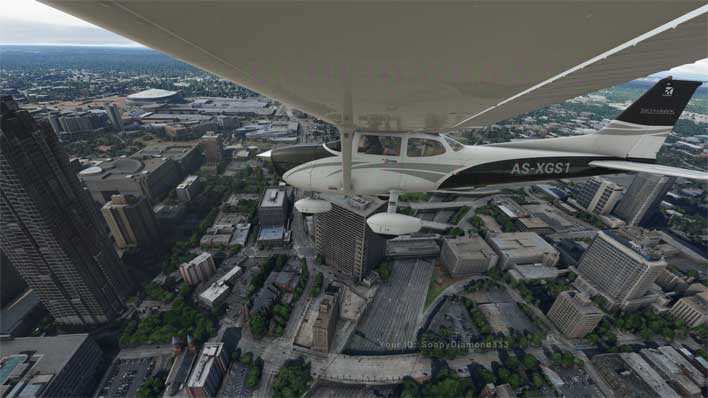 Microsoft is offering another update on the status of Microsoft Flight Simulator 2020. We continue to be amazed by the quality of the graphics despite this being an alpha build. Microsoft's latest update was issued yesterday, January 16. The software giant is bragging about the fifth episode in its Feature Discovery Series that has been released to the Insider Area.

In line with the plans it announced earlier this month, Microsoft says that all invites for wave 2 of the Tech Alpha 1 will go out by the end of the day, today, January 17. Microsoft is also noting that it is changing the name from Tech Alpha 2 to just "Alpha." The software maker says that the name change will avoid any naming confusion with Tech Alpha 1 and is more accurately aligned with the state of the build. The next major round of invites for Flight Simulator 2020 will begin going out on January 20. Microsoft says all invitations to the alpha will be received by those invited by January 27.

Also on January 27, the alpha will be ready to download, and Microsoft will begin sending build access emails. By January 31, all alpha emails will have been sent. Those who participated in the first round of Tech Alpha testing will automatically gain access to the next round of Alpha Testing. Another significant milestone for the game is the nearing launch of an alpha version of the SDK that will be available in an upcoming alpha release.

Microsoft notes that only third-party development partners will have access to the SDK, where they can create custom airports, sceneries, planes, and missions. The SDK makes the same in-game tools used internally by Microsoft for the development of the core simulator available to third-party developers. Anyone who has missed the "Let it snow!" video that Microsoft posted of in-game footage should watch it; this is a beautiful game.