One of the biggest changes to Microsoft Flight Simulator 2020 that fans have been looking forward to is the addition of IFR or Instrument Flight Rules to the game. IFR flight allows pilots in the real world to fly their aircraft into clouds and weather systems where there's no visibility outside the aircraft while maintaining complete control using instruments only in all phases of flight. Developers behind the game have delayed the rollout of IFR flight in the past, and Feature Discovery Series Episode 8 IFR is finally here.

To enable the IFR experience required a lot of work to integrate navigation data, flight planning, flight systems, and ATC to support the experience. Game developers partnered with a flight operations and air traffic management service called Navblue, which is an actual service that is available to pilots in the real world. Navblue provides the game with the navigation system database allowing users to plan flights in the virtual world similarly to how flights could be planned in the real world. The data is updated every 28 days, just as it is in the real world. 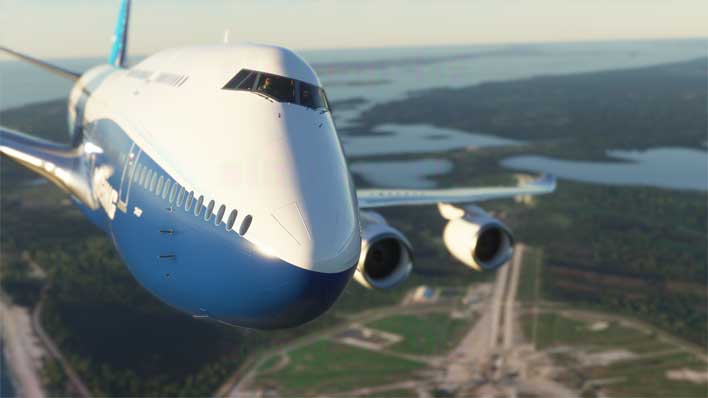 The navigation data includes waypoints, VORs, radio frequencies, localizers, controlled and restricted airspace, approaches, and numerous other items required for flight planning. Once the player selects a departure and destination, flight planning functionality can be accessed with the ability to choose to start with the aircraft turned off at a gate or other location at the airport, or on a runway with the engines running. In flight planning, players can choose multiple types of flights, including IFR low and high-altitude routes. The game can generate routes that are true-to-life, which can be changed directly from the avionics in the cockpit.

Virtual pilots can rely on the ILS or Instrument Landing System for precision runway approach in poor visual conditions. As mentioned in the past, the game does support live weather, but players can also set weather, including ceilings and runway visibility, for instrument practice. Players have the option of landing aircraft by hand or allowing an aircraft that is equipped appropriately to land itself.

Developers have done very well sticking to their development schedule with only minimal delays thanks to coronavirus. The last developer update for the game promised Episode 8 this week, and the developers made good on that promise. This week's development update announced that a patch for Alpha 3 to build 1.3.11.0 should be available at some point today with updates to peripherals and controls, planes, UI, and stability. One big part of that update is fixing the cockpit interior on the Boeing 747, which was released not long ago. Numerous bugs and crashes have been fixed along with improvements for Xbox Live Cloud saves. Developers also note that more alpha invitations are being sent out. The next update will be in early June and will include a Partnership Series update.